Woman heckles Ishaq Dar outside his house in London (VIDEO) 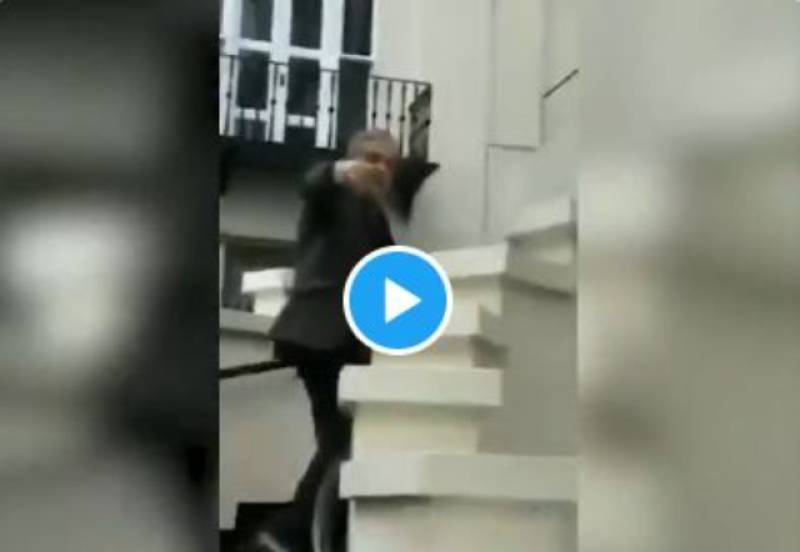 LONDON – A Pakistani woman’s video is going viral and has been picked up by news outlets where she heckles Pakistan Muslim League-Nawaz leader and former finance minister Ishaq Dar, accusing him of looting the country and protecting his leader Nawaz Sharif from justice.

She accused Dar of looting Pakistan and that he could protect Nawaz from the law on earth, but would have to pay in the hereafter.

Dar abstained from talking to her and can only be heard saying, “This is inappropriate.”

Ali Dar, the former federal minister’s son, tried to come to his father’s rescue and negated the woman’s allegations of dishonesty and her suggestion that Dar was protecting ‘corrupt’ Nawaz Sharif. Bother father and son evaded the woman’s barrage of abuses and curses and only said that her allegations were false and that she was wrong in accusing them of any wrongdoing.

Another man from the Dar household called her a Pakistan Tehreek-e-Insaf stalwart and asked her what she was doing in London if she loved Imran Khan and should go back to Pakistan. He said this was not the first time the woman had done this. He said she was in the habit of heckling them.