Shamoon Abbasi was offered a Bollywood film with Priyanka Chopra 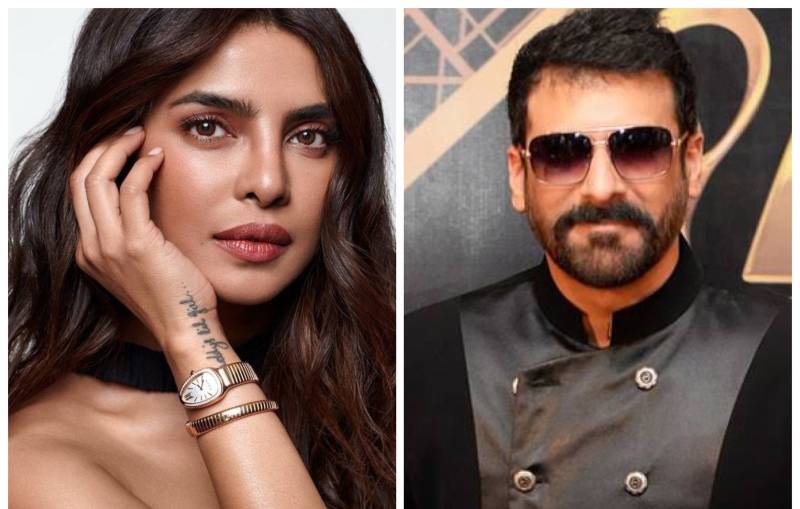 Amid the escalating tensions between Pakistan and India, many artists were forbidden to interact or work with their neighbours.

However, long before the political disagreement Pakistan's talent powerhouse Shamoon Abbasi was roped in to star in one of the Bollywood films but couldn't avail the golden opportunity.

In his recent interview, the Waar star delved into details about his career trajectory and revealed that he had been offered twice from Bollywood namely Vishal Bhardwaj and Ram Gopal Varma.

Further, the 48-year-old actor explained that he did not reject the offers but since he was shooting for Pakistani projects, his and Priyanka Chopra’s timelines didn't match.

"They offered me those films, they wanted proper time but I couldn’t give much time as they wanted me to come in India and spend 8 months to gel in, which was not possible at that time as I was busy shooting in Pakistan”.

Talking further about the Quantico star, the Durj actor said that he liked her as an artist but not otherwise.

Earlier, Chopra and Nick Jonas welcomed their first child via surrogacy. The couple took to Instagram where they announced that they were overjoyed after embracing parenthood.

Congratulations are in order for Bollywood diva Priyanka Chopra and her husband, American pop star Nick Jonas as the ...