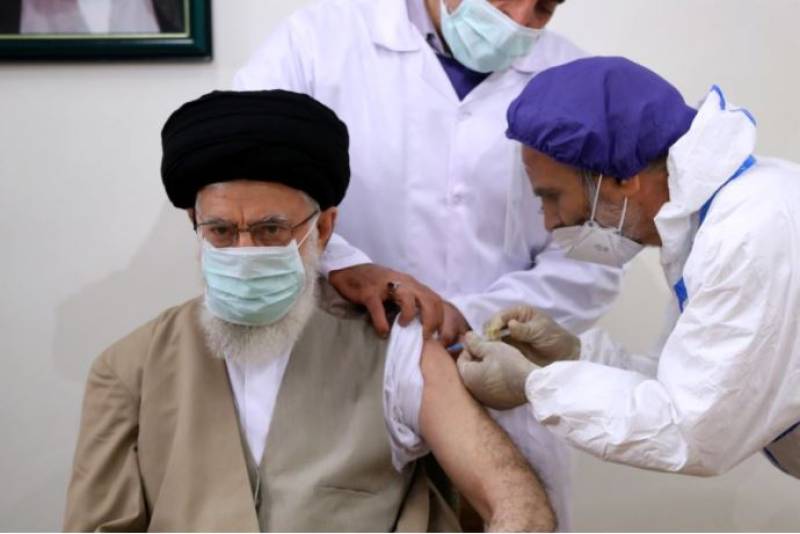 Khamenei, according to state TV, termed the development of the vaccine named COVIran Barekat a matter of national honor.

The 82-year-old, who has had health problems, said that he was not interested in the vaccine developed by foreign countries.

Back in January, the leader of the Islamic Republic banned the use of American and Britain vaccines, saying these cannot be trusted.

Iranian pharmaceutical company Shifafarmed developed the vaccine based on deactivated virus and its human trials began in December 2020.

Last week, authorities gave an approval for emergency use of the vaccine and it is expected to be rolled out for public in coming weeks.

Iran has not published data about efficacy of the vaccine, but claims it is 85 percent effective against the deadly virus that has claimed 82,588 lives so far.

Setad, an organisation that is in charge of developing the vaccine, has said it now produces three million doses per month and will soon boost production to 11 million doses a month.

LAHORE – Pakistan will soon produce its own coronavirus vaccine, said University of Veterinary and Animal ...