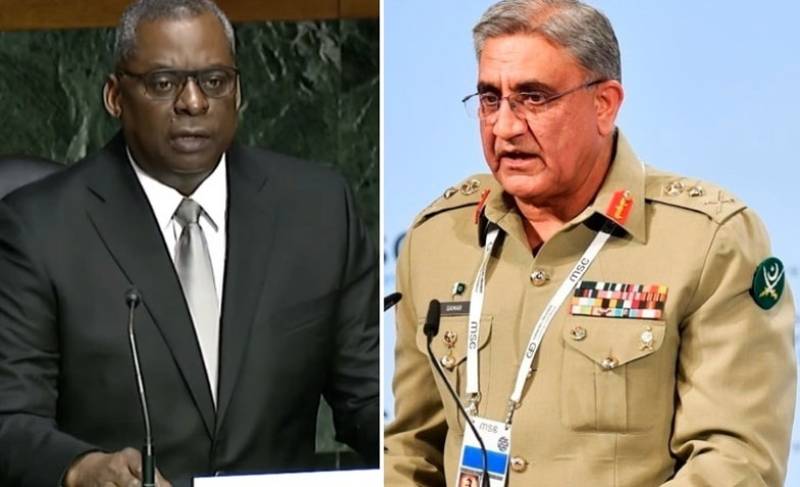 During the conversation matters of mutual interest, regional security situation, developments in Afghan Peace Process, and bilateral cooperation in various fields were discussed.

Gen. Austin reiterated his appreciation for Pakistan’s support for Afghanistan peace negotiations and expressed his desire to continue to build on the US Pakistan bilateral relationship.

The US dignitary also shared the development on his official handle.

Today I had the chance to speak with Pakistan’s Chief of Army Staff General Qamar Javed Bajwa. I reiterated my appreciation for the U.S. – Pakistan relationship and my desire to continue to work together to further regional security and stability. pic.twitter.com/wYq3oLaiNZ

Earlier, Assistant Secretary of Defence for Indo-Pacific Affairs David F. Helvey told US Senate Armed Services Committee that Pakistan has allowed the US military to use its airspace and given ground access so that it can support its presence in Afghanistan.

Following the speculation Pakistan on Monday clarified that there are no US military bases in the country and neither is it considering any such proposal. There was no U.S. military or airbase in Pakistan, nor was any such proposal envisaged, a statement of Foreign Office’s spokesperson reads.

ISLAMABAD - The Pakistani Foreign Office clarified on Monday there was no US military or airbase in Pakistan and no ...