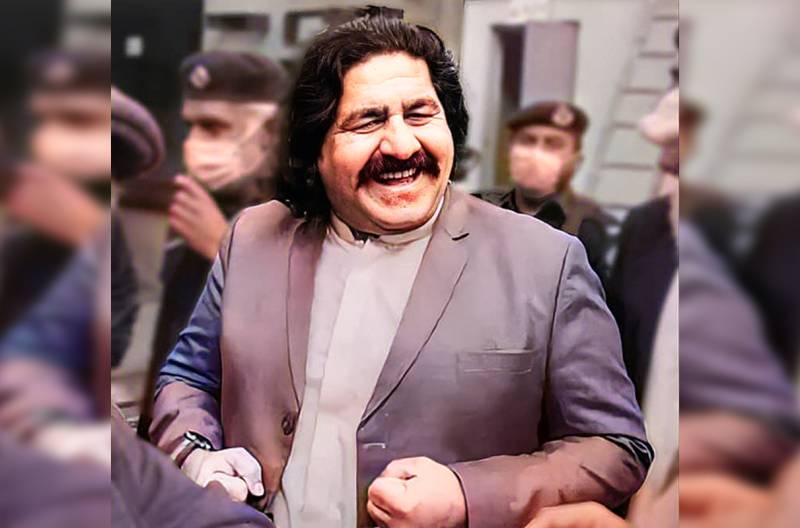 KARACHI – Pashtun nationalist politician and Member National Assembly Ali Wazir and 12 other persons were acquitted by Anti-Terrorism Court on Tuesday.

Wazir’s counsel apprised the court that the PTM chief was detained from the country’s northwestern region and has since spent more than two years behind bars.

The 46-year-old, an elected lawmaker from NA-50 South Waziristan, was booked along with 12 others for making anti-Pakistan speeches.

At the conclusion of the arguments, the court review the evidence presented and declared Ali Wazir not-guilty.

Earlier, several cases were lodged against the PTM chief in different police stations of the port city and he has been granted bail in all cases.

The controversial politician was in jail since December 2020, for making provocative speeches inciting hate against the state institutions and treason.

As Ali Wazir got relief, another Pashtun Tahafuz Movement leader Manzoor Pashteen was booked under sections of terrorism for slamming army generals during his speech at the Asma Jahangir Conference.

During his speech, the human rights activist named blantantly institutions behind the killings of people in tribal regions.  After Manzoor's hate-mongering speech, a complaint was filed against him for attempting to create resistance amongst the public against the armed forces.

Manzoor Pashteen’s supporters can be seen chanting slogans against the army in an attempt to provoke people against forces.

As the outrageous clips went viral, PM Shehbaz Sharif condemned anti-army sloganeering, calling it unfortunate that such forums were being used to target the armed forces.