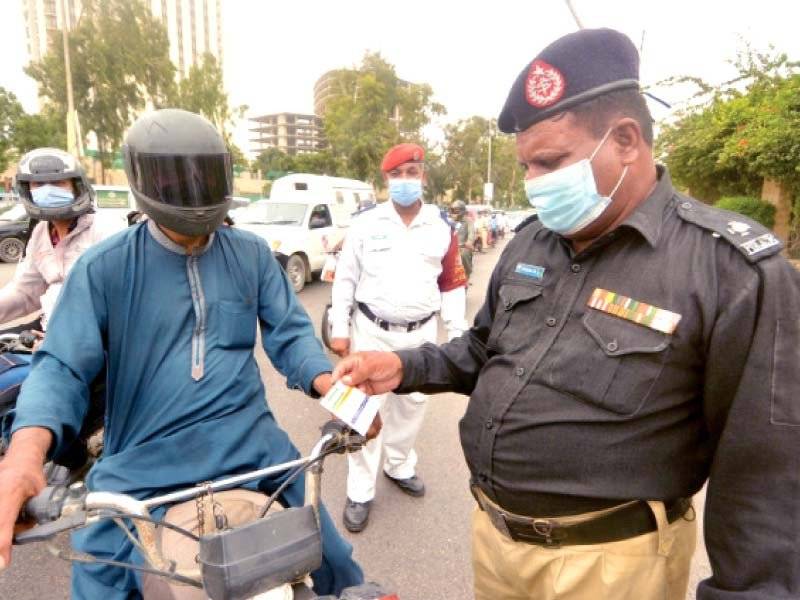 KARACHI – Karachi police have been directed to halt action against unvaccinated citizens, as 38 people, who did not possess Covid vaccination certificates, were arrested following the stern directives.

He said that he came to know about the arrests made by cops against the unvaccinated citizens on roads. Clarifying the directives, he said the orders were issued for restaurants, hotels, wedding halls, and private gatherings as citizens were barred to enter without inoculation.

AIG mentioned that cops were not deployed to spread the fear among citizens only to enforce the COVID-induced SOPs.

Earlier, Sindh's chief secretary also expressed reservations over the stern directive saying the law enforcement personnel were not taking an interest in checking vaccination cards in the country’s largest metropolis.

ISLAMABAD – Pakistan has reported 2,060 new coronavirus infections while 42 people lost their lives in the last ...

Meanwhile, police said the action was being taken after the Sindh home department wrote a letter to the IGP, DG Rangers and DCs which stated that action should be taken over non-implementation of SOPs, besides which fines should also be imposed.