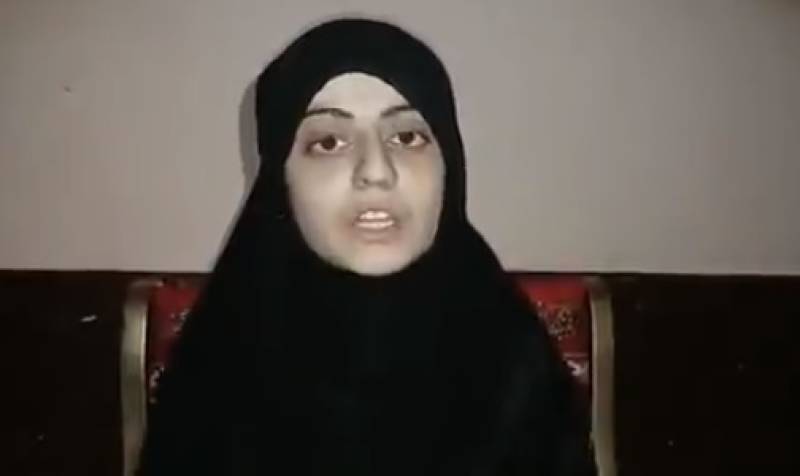 LAHORE – Dua Zehra, who recently found from a city of Punjab province ten days after mysteriously missing from Karachi, said that she married to a Lahore-based boy with her free will after leaving her parents home.

The teenager, in a video statement, said that she was not abducted or kidnapped, adding that she is 18-year-old adult, rejecting her parents's claims that she is underage.

"I have tied the knot with Zaheer on her own choice and am living happily with him," she said while asking her relatives to not harass them.

After #NimraKazmi now #DuaZehra's video statement where she says she is 'baaligh' and has left her home and married Zaheer Ahmed of her own will. pic.twitter.com/6SjgdqUSLt

A journalist has also shared a copy of Zehra’s purported statement submitted to Judicial Magistrate  Lahore Ghulam Murtaza on Twitter.

“I have not been abducted or kidnapped by any one; that I have left the house of my parents with my free will and have brought nothing with me; that on 17.04.2022, when I was at home, respondents [Zehra’s Parents and policement], forcibly entered into the house and started beating, that due to our hue and cry, people of locality gathered there and rescue use from the clutches of respondents,” she said in her statement.

Dua Zehra also submitted a petition against her father and cousin named of Syed Zainul Abidin in the districts and sessions court, She has accused them of extending threats of dire consequences to her and her husband.

A copy of #DuaZehra's statement before a Judicial Magistrate of the District Courts, #Lahore and her petition for 'issuance of direction to respondents not to cause illegal and improper harassment' #Karachi #Pakistan pic.twitter.com/Jd0GgMiTby

She also asked the court to summon the respondents and punish as per law.

Meanwhile, Zehra’s father Mehdi Kazmi said that her daughter was speaking what she was being told. He asserted that his daughter is 14-year-old as she was born in 2008.