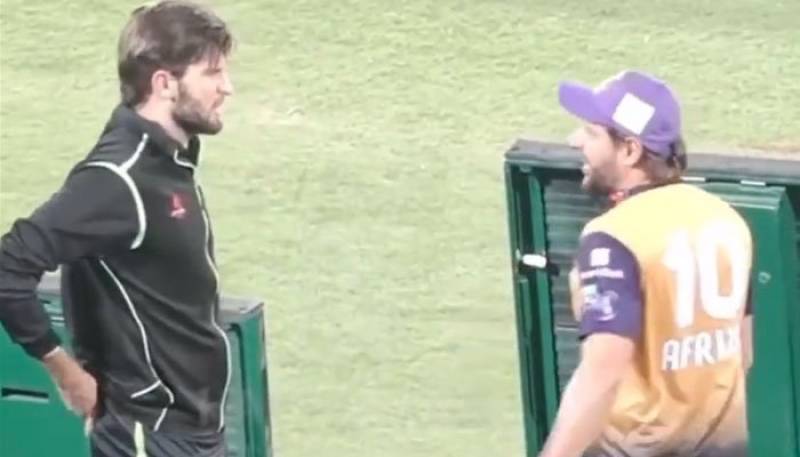 KARACHI – The flamboyant all-rounder Shahid Afridi was spotted having fun with his son-in-law to be Shaheen Shah Afridi at Karachi stadium ahead of Pakistan Super League 2022.

In a viral clip on social media, the former superstar can be seen pulling the hand of young Afridi who was named the Cricketer of the Year by the International Cricket Council (ICC) earlier this week.

As the duo spotted having a conversation in a pleasant mood on the ground, they are surely giving fans some serious friendship goals.

The clip drew the attention of fans and soon went viral on the internet while fans were also making comments on the video.

Earlier in the previous season of the country's top cricket league, Shaheen garnered attention after he didn’t celebrate the dismissal of his father-in-law as 'a mark of respect'.

On the other hand, reports suggest the former skipper is likely to miss the initial matches of the upcoming Pakistan Super League (PSL) season due to a back injury. Boom Boom Afridi suffered the injury during a practice session on Tuesday and also missed today’s training session.