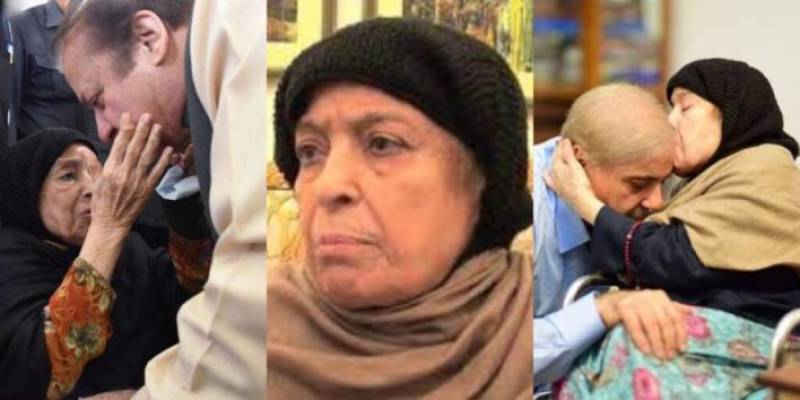 LONDON – Late Begum Shamim Akhtar, the mother of Nawaz Sharif and Shahbaz Sharif, will be buried at her house near Lahore's Raiwind area later this week, sources in Pakistan Muslim League-N said on Thursday.

Her body will be flown from London on November 27 (Friday) following the funeral at London's Regent’s Park, and will be received in Lahore by the Sharif family the next day for burial at Jati Umra.

As per the United Kingdom's coronavirus guidelines, the number of participants at the funeral is limited to 30.

Begum Shamim passed away aged 89 last Sunday after having developed a severe chest infection and an advanced stage of Alzheimer's disease.

Nawaz Sharif or other members of his family abroad, including former finance minister Ishaq Dar, will not travel to Pakistan to participate in the funeral, the PMLN confirmed earlier this week.

Meanwhile, the Punjab government on Tuesday approved the release on parole of Shehbaz Sharif and his son Hamza Shahbaz on five-day parole to participate in Begum Akhtar’s last rituals.