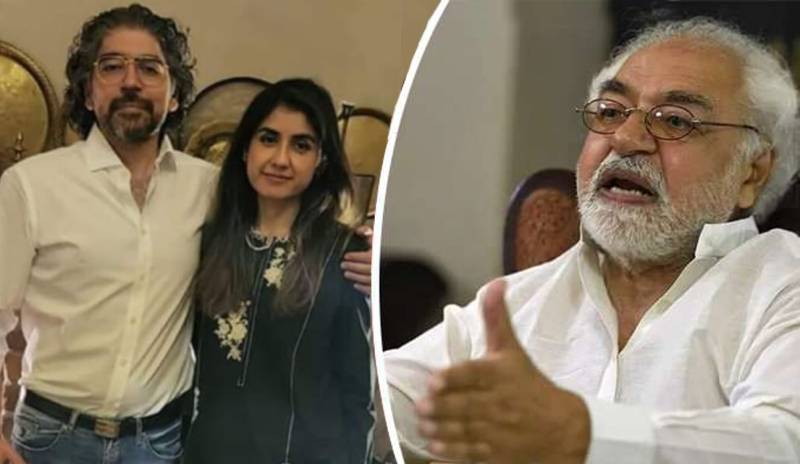 ISLAMABAD – Islamabad police have detained senior journalist Ayaz Amir in connection with the murder of his daughter-in-law Sarah Inam, however, Ayaz’s wife Sameena Shah has approached the court for bail before arrest.

The mother of the prime suspect, Shahnawaz, pleaded that she has nothing to do with the murder and nor she was an eye-witness to the crime. The application reads that the accused suffers from health problems and requested pre-arrest bail to be approved.

She filed her bail plea through counsel Barrister Hasnat Gul today as the deceased family members nominated her name in a ghastly murder case.

Sameena claimed that she was in the kitchen at the time of the murder. Adding that, by the time she reached the crime scene, Sarah was already dead.

After being informed about the incident, my husband Ayaz Amir informed the cops, and law enforcers arrived at the scene shortly, she said.

Meanwhile, Shahnawaz is already in police custody on physical remand as investigations are underway in the murder case of his Canadian-national wife, Sarah Inaam.

Last week, a local court issued arrest warrants for the suspect’s parents after which Ayaz Amir was held on Saturday night. He was then presented before the court on Sunday where the police requested for five-day physical remand. The court gave them one day remand to interrogate him.

It was reported that the suspect lied to his wife about his two other marriages and used to demand money from her, while some reports claimed that Shahnawaz also takes drugs. He also fraudulently registered in his name a new vehicle Sara recently bought.

As the slain told Shahnawaz to return the money and vehicle, the two escalated into a fight, Shahnawaz then hit Sarah on the head with a dumbbell and his wife succumbed to the severe injury.

ISLAMABAD – Pakistani celebrities and social media activists took to Twitter to call for #JusticeForSarah and ...

Some reports suggest that Sarah also hides her marriage to Shahnawaz from her parents. She visited Pakistan three months back and got married to the suspect in Chakwal.