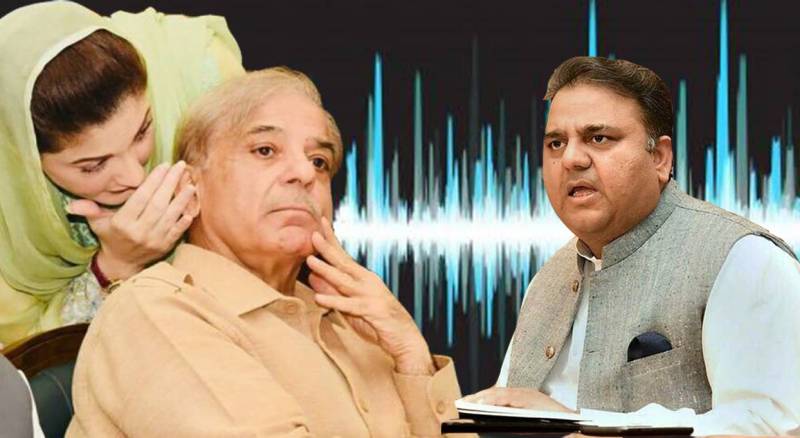 As the incident raised questions about the security of the Prime Minister’s Office, the former information minister and senior PTI leader Fawad Chaudhry claimed that 100 hours-long conversations have been put up for sale on the dark web for $3.5 million.

The PTI leader while expressing shock over the purported audio leaks said, “Even the office of the prime minister of the nuclear-armed country is not safe.”

He also slammed security agencies, saying: “They would have cared about this sensitive matter if they had got time from political matters.”

Some other PTI leaders called it an inside job, saying the move aimed at influencing decision-making ahead of the crucial appointment.

Meanwhile, a probe has been started by the relevant quarters on the directives of premier Shehbaz Sharif.

In a recording of Prime Minister Shehbaz, he can be heard discussing the import of Indian machinery for a power project that was a concern of Maryam Nawaz Sharif’s son-in-law, Raheel.

The second audio was related to a conversation between the PM, Defence Minister, Law Minister, Interior Minister, and Ayaz Sadiq about the resignations of PTI lawmakers from the National Assembly.

The daughter of PML-N supremo Maryam Nawaz and PM Shehbaz can be heard talking about the return of former army chief Gen (r) Pervez Musharraf.

Meanwhile, Information Minister Marriyum Aurangzeb tried to play down the matter, saying nothing illegal happened and neither was any unfair advantage provided to anyone.