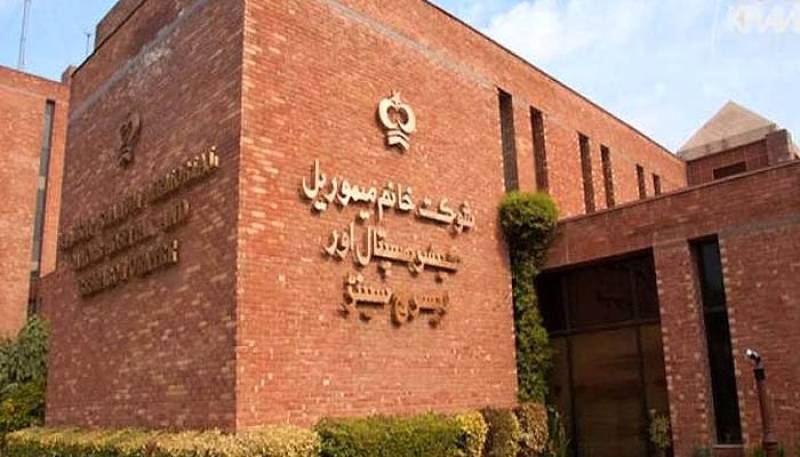 “Recently, it was alleged in a news item in a section of the media that donations to SKMCH&RC had been diverted to other causes. The management of SKMCH&RC strongly and categorically refutes this statement,” it said in a statement.

All donations received are recorded and all donors are issued a formal receipt that can be traced back to each individual donation, the hospital clarified.

“We receive donations from within Pakistan and from overseas, and we are formally registered as a charity in many countries and jurisdictions. The records of all donations to Shaukat Khanum Memorial Hospital are maintained and all our financial records in Pakistan and overseas are duly audited by independent third parties to ensure compliance with all applicable local regulations. Therefore, to say that these funds have been diverted to any third party is absolutely baseless, and untrue. All funds donated to SKMCH&RC are, without exception, used for the purpose they were intended, which is, ultimately, to provide world class care to cancer patients, irrespective of their ability to pay,” read the statement.

"Over the last thirty years or more, the trust and confidence of many millions of donors has meant that we see more than 40,000 cancer patients each year at our hospitals in Lahore and Peshawar - most of whom would have been unable to access highly specialised cancer treatment elsewhere," SKMCH said.

It said, "We treat over 75 percent of our cancer patients completely free of charge, through the generosity of our donors. All contributions are used solely in fulfilling our mission of providing cancer treatment, and any attempt to besmirch this institution, or to sow doubt in the minds of donors is tantamount to playing with patients' lives.

"Finally, it is surprising that the publications in question have chosen to ignore journalistic norms, and made no attempt to verify this information with SKMCH&RC before publishing it," the statement concluded.

According to a news report based on a survey and published by a section of the Pakistani media, donors named in a list submitted by the PTI to the ECP in the foreign funding case were interviewed.