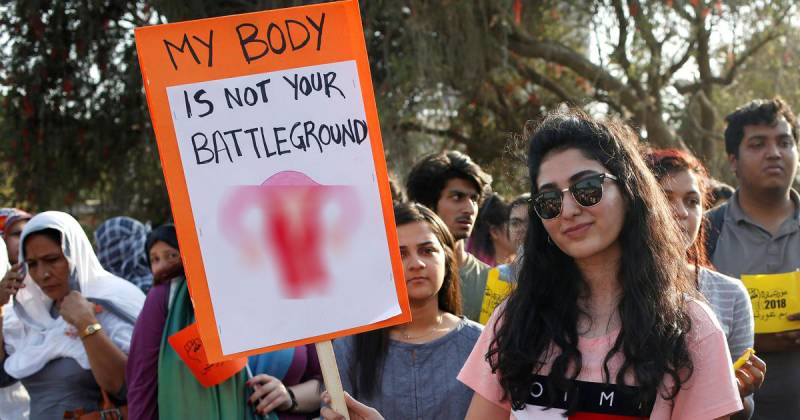 PESHAWAR – A local court on Friday ordered to register a First Information Report (FIR) against the organizers of Aurat March for alleged blasphemous remarks and carrying objectionable posters.

The Additional Sessions Judge, Syed Shaukat Ullah issued the directives after getting a petition against the organisers which prayed the court to take notice of un-Islamic acts in the name of the women's empowerment rallies.

The lawyers had submitted the application under Section 22-A of the Criminal Procedure Code for registration of a case against the Aurat March organsiers. The legal team told the court that they approached the Police for lodging a case but the law enforcers were reluctant to proceed in any manner.

On the other hand, the organisers of the Aurat March had denied using such derogatory remarks during the event as they argued that the circulated video was doctored to defame their movement. They also shared the original video with subtitles.

Aurat March is staged annually on March 8 for the last few years and events are held in many cities. Soon after a video went viral following an event on March 8 this year, the organisers had to issue a clarification that it was edited and circulated by the elements to defame their struggle.

ISLAMABAD – The federal government has ordered a probe to find the perpetrators behind the smearing campaign in ...