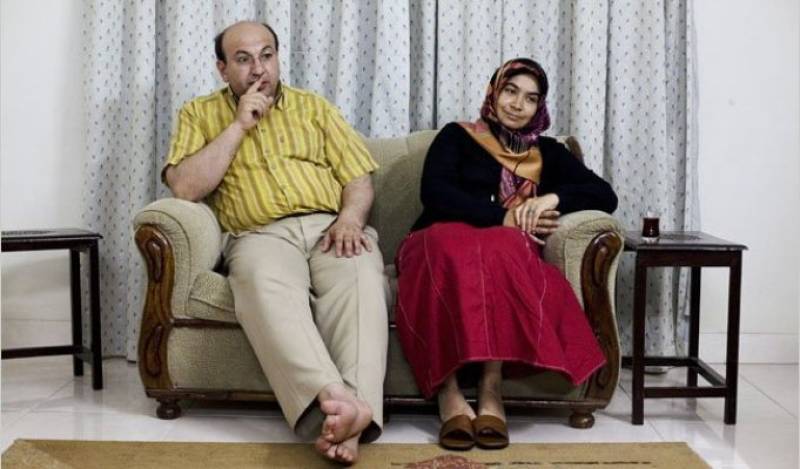 LAHORE - Former director of Pak-Turk School, Mesut Kacmaz, also a Turkey national, has reportedly been kidnapped along with his family in wee hours of Wednesday from Lahore.

As per the details, Kacmaz and his family have been staying in Wapda Town, Lahore on a asylum seeker certificate of United Nations High Commission for Refugees (UNHCR) for a year after the Pakistani authorities in November 2016 directed the Turkish staff of the schools to leave Pakistan on the request of Turkey.

Turkish Ambassador to Pakistan Sadik Babur Girgin had said that the schools were linked with Fatehullah Gulen, a US-based cleric, who is being accused of plotting attempted July's coup in Turkey by President Recep Tayyip Erdoğan.

One of Turkish person, who had also been abducted and released later, said that the incident took place at 2:10am on Wednesday. The released person said that he did not know where they have been taken as their faces were covered with some kind of bags.

The complete statement of the released person, Fatih Avci is below;

I am Fatih Avci, a Turkish language teacher by profession and currently an asylum seeker placed under the protection of the UNHCR since November 2016. I live upstairs from Mr. Mesut Kacmaz and his family. Mr. Mesut Kacmaz is a colleague and we both hold UNHCR asylum seeker certificates along with our families.

On Wednesday, September 27, 2017 at 2:10 am, I heard a commotion downstairs at our house located at 461, E2 Block, Wapda Town, Lahore. I rushed down and witnessed that the door to Mr. Mesut's portion was open and there were about 15 plain clothed `police officers' inside. Out of fifteen, five were lady constables. They did not conduct any search-and-seize procedure, nor did they turn the house upside down.

The `police officers' were pushing and shoving to arrest them. I saw Mrs. Meral, Mr. Mesut's wife, lying on the floor and two lady constables were pulling to get her on her feet. The couple's two teenage daughters were weeping loudly and some other `police officers' were trying to push Mr. Mesut, who was protesting the raid, towards the door. When I saw the sheer display of disproportionate power applied on Mrs. Metal, I protested and the `officers' arrested me and took me downstairs.

Soon, the members of the Kacmaz family were brought downstairs. While they were making us climb into the Toyota Hilux squad pickups, the `officers' blindfolded all of us first and later slipped hoods on our heads (including Mrs. Meral and their two daughters). I was handcuffed in the front. They could not handcuff Mr. Mesut, so they tightened a cloth strip around his wrists. Mr. Mesut protested and a scuffle happened. Mr. Mesut received some blows on his face.

We were made to travel in squad pickups. I could not see any title like `Police' on the pickup. There were revolving roof lights, though. All of the `officers' were in plainclothes.

We travelled about 30 minutes and when they removed our blindfolds, I saw that we were in a well-furnished bungalow. It looked like a guest house. There were other people there as well. I guess some them were senior ‘officials’. One of the ‘officers’ said to me, “You were not meant to be involved in this, yet you got yourself involved. We have nothing to do with you. Your name is not on our list. We will set you free.” They even removed the wall clock so that we should not keep track of the time.

They blindfolded me again and drove me back to the gate of the housing society where I live in, I was not wearing any footwear, so I walked barefooted back home. I could not see any number plate.

It was so shocking that for a family of four, fifteen ‘officers’ were deputed. What was more shocking was the treatment given to the family: blindfolding them all (including wife and children) and slipping hoods on their heads. We are ordinary educationists and being subjected to such a revolting treatment as if we were criminals is so appalling.

I have no idea who those people are and which organization they belong to.

According to police report, the action might have been taken by the counter terrorism department. The UNHCR is also closely monintoring the case as well.

This is a picture of family Kaçmaz who has been kidnapped in Lahore.

Raise your voice against Erdogan's which hunt over the whole world! pic.twitter.com/JaWV2DFOee

Earlier, there was news that all the Principals of Pak-Turk Schools have been replaced by Pakistanis on the request of Turkish Envoy Sadik Babur Girgin.

The international affiliation has also been cut to detach these schools from any global influence.

In a chain of 28 Pak-Turk Schools and Colleges in Pakistan, around 11,000 student are studying. The project has been launched in 1995 by the Pak-Turk Foundation.