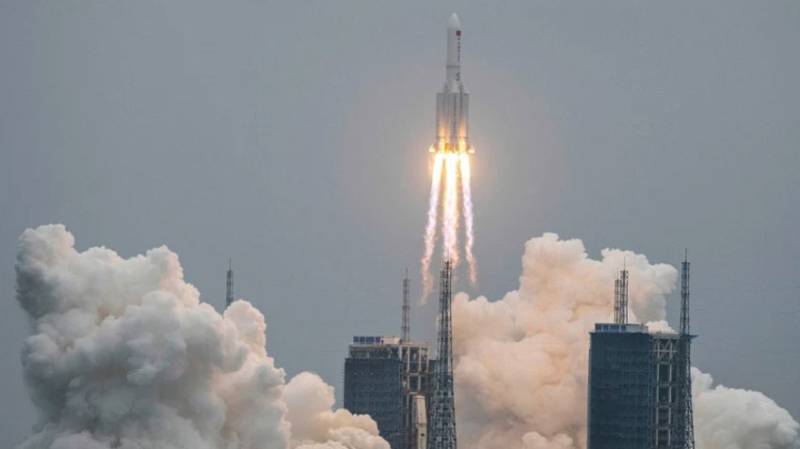 The space station was launched from the Wenchang Space Launch Centre on a Long March-5B rocket to be operational by next year.

The only current space station in orbit is International Space Station which is a collaboration of Russia, the US, Canada, Europe and Japan while China was blocked from participating in it.

China hopes to have the new station operational by 2022.

BEIJING – China has planted his five-starred Red flag on the surface of the moon, becoming world’s second ...

So far, China has sent two previous space stations into orbit. The Tiangong-1 and Tiangong-2 were trial stations though, simple modules that allowed only relatively short stays by astronauts.

The new, 66-tonne, multi-module Tiangong station is set to be operational for at least 10 years.

LAHORE – A Pakistani man has made history by purchasing a piece of land on the Moon for the love of his ...