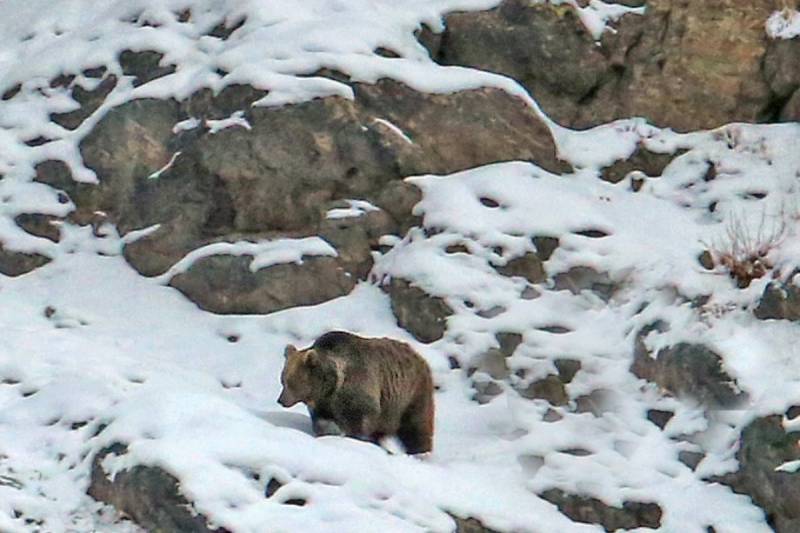 SKARDU – WWF-Pakistan, which works in the field of wilderness preservation, has shared a glimpse of the life of a brown bear, enjoying the snow in Karakoram National Park at the world’s second-highest plateau Deosai.

The furry predator caught the eye of the pilot who was en route to a rescue operation. The lonely brown bear traversing the snow-clad terrain of Desosai National Park can be seen in the aerial shot.

The videos were originally shared by an Instagram user, who goes by the name of hunzukutz_kahn.

Located at an average elevation of around 4,000 meters, the plateau in the Gilgit-Baltistan region is one of the highest plateaus in the world. The land of giants is the abode of these four-legged mammals. The Himalayan brown bear is an omnivore and its main habitat in Pakistan is the Deosai National Park.

Besides, Rama Valley and Biafo Glacier of GB, the wild animals are also spotted in Chitral and the Khunjrab National Park in Pakistan. The whole region was declared a national park under the Northern Areas Wildlife Preservation Act 1975 to protect the remaining population of these bears. 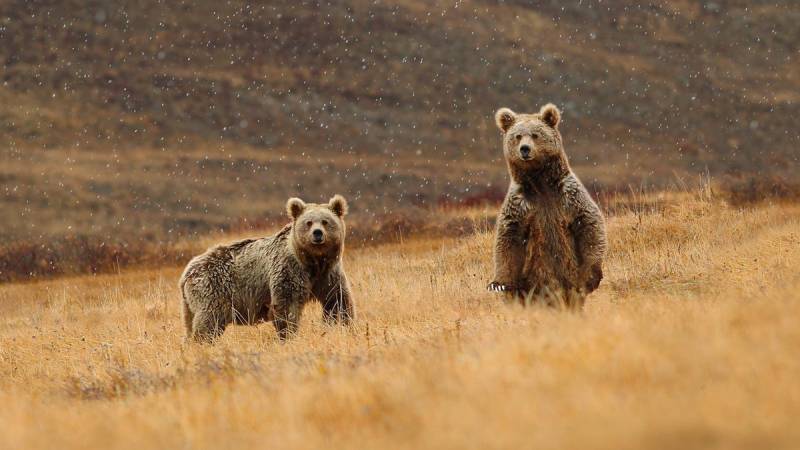 The shaggy-haired animal once found in large numbers but due to severe climate change and human intrusion in their territory, they are considered an endangered species. According to a study of 2019, Pakistan is home to at least 54 brown bears.

It is heartening to see that attempts are being made at the state level that will be beneficial for the entire region in long run.

The Himalayan Brown Bear in Pakistan’s just announced Karakoram National Park. Other rare species that will be protected in this National Park will be the Snow Leopard and the magnificent Marco Polo sheep. pic.twitter.com/2jxHaNL6mF

The premier in his message boasted about the rich fauna in the northern region. "Our government aims to protect rare wild species like Himalayan Brown Bear and Marco Polo Sheep found in the northern part of Pakistan," Khan captioned the post.

ISLAMABAD - World Wildlife Fund (WWF) Pakistan witnessed an unusual happening in Hunza valley when it spotted a herd of ...