Half of Pakistani athletes eliminated from Tokyo Olympics 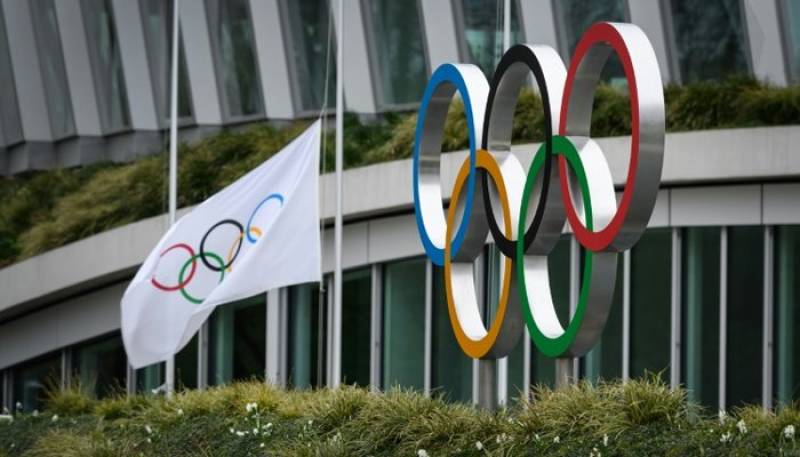 Five out of ten Pakistani athletes taking part in Tokyo Olympics 2020 were eliminated without any medal as they failed to qualify for the next rounds in their sports.

The first Pakistani athlete to be eliminated from games was shooter Gulfam Joseph, who took part in the 10m air-pistol shooting contest. As per the rules, eight out of the total 36 shooters had to qualify for the final round. Gulfam had a tie with China and Serbian shooters but he failed to book place in the next round due to a very small difference. 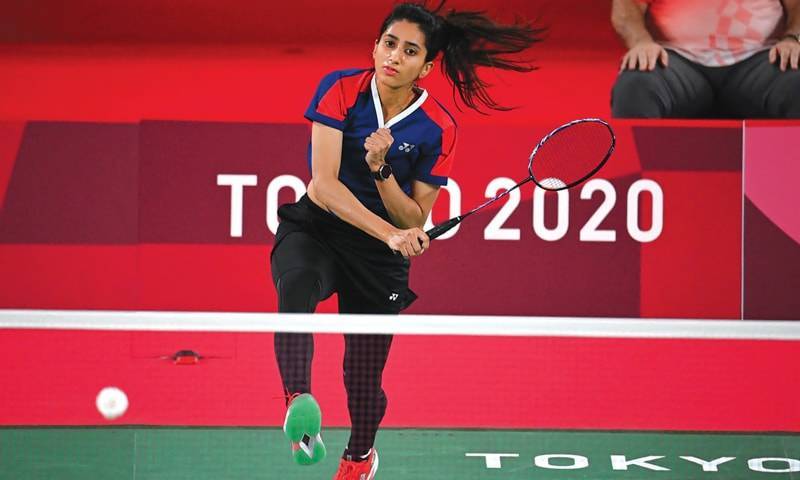 Mahoor, Pakistan’s top-ranked and world number 133 shuttler, was second to be eliminated as she played two matches and lost both.

In the second match, she faced world number 26, Kirsty Gilmour. After defying the rival player for 31 minutes, Mahoor went down 21-14, 21-14. In the first match, she was defeated by Japan’s Akane Yamaguchi. 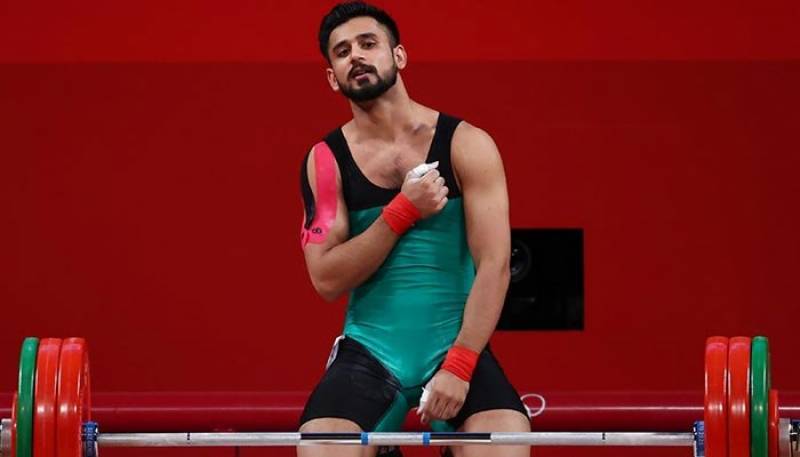 The third player was Pakistani weightlifter Talha Talib, who fell just two kilograms short of history at the 2020 Tokyo Olympics as he lifted a total of 320 kilograms during the competition.

Talha, competing in the 67kg men's weightlifting contest, was on top of the race for a while before being surpassed by athletes from China, Colombia, and Italy in final attempts. The 21-year-old weightlifter — first from Pakistan in 44 years — entered the competition without a coach, yet he showed his mettle.

Swimmer Haseeb Tariq, who was contesting heats for men’s 100 metre freestyle swimming, was fourth Pakistani athlete to be eliminated from games. He jumped in the pool for heat number 2 and finished with an individual timing of 53.81. He couldn’t improve his own personal best as he had aimed before the Games. He finished 6th among eight swimmers in his heat while his overall position in the heats was 62nd out of 70 swimmers contesting.

He was 6.10 seconds behind the top ranked swimmer in the 100m freestyle heat while 5.37s behind the last swimmer to qualify for the semi-finals in the category. 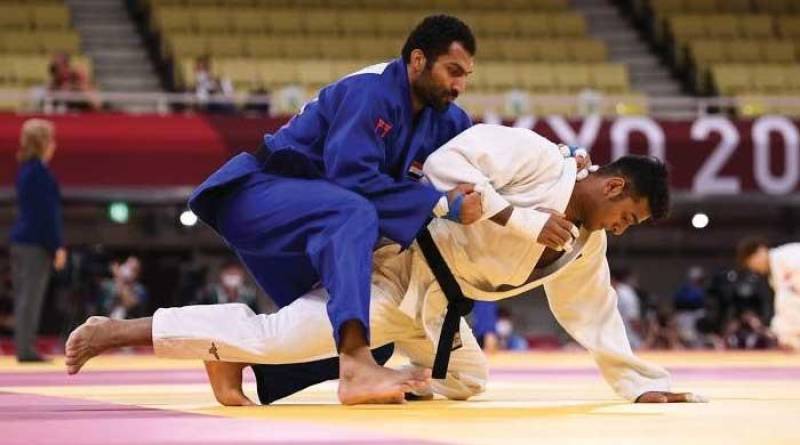 Pakistani judoka Shah Hussain Shah was eliminated after he was defeated by the Egyptian judoka Ramadan Darwish in the first round. Shah could only last in the match for three minutes and nine seconds.

Swimmer Bismillah Khan will be in action for the 50m freestyle tomorrow.

The German women's gymnastics team has made a powerful statement as they all dress up in full-body suits at the Tokyo ...