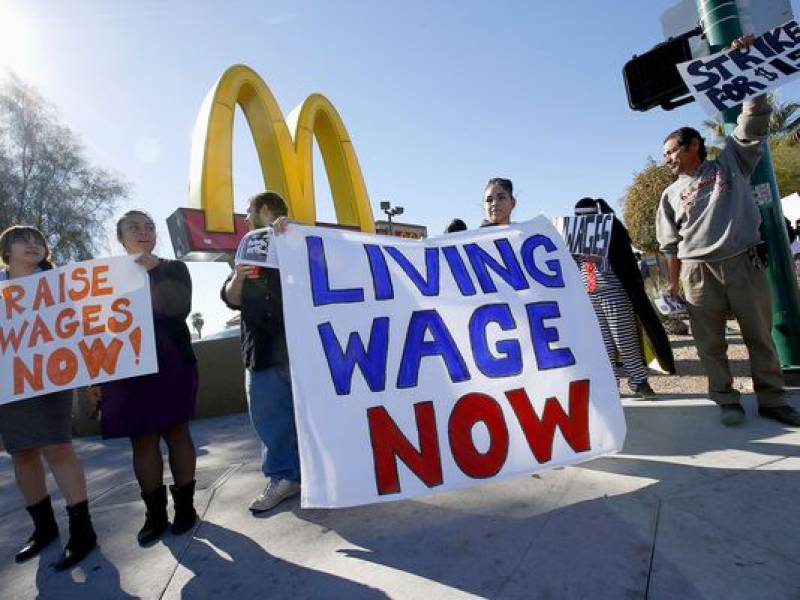 LOS ANGELES (APP) - California lawmakers reached a deal on Monday to gradually raise the state's minimum wage to $15 an hour, giving momentum to a campaign to lift pay levels nationwide.

It was hailed by labor advocates as a historic agreement that will help millions of families struggling to get by, but some lawmakers denounced what they called "a backroom deal" which will only hurt the local job market.

The federal minimum wage in the United States is set at $7.25 and efforts to increase it to about $10 have been blocked by Republicans in Congress.

"It's a matter of economic justice, it makes sense," California Governor Jerry Brown told a news conference in announcing the agreement.

"This plan raises the minimum wage in a careful and responsible way and provides some flexibility if economic and budgetary conditions change."

Businesses with 25 or fewer employees get an extra year to raise their wage, so that workers will be paid $15 by 2023.

The move will boost the pay of 5.6 million workers in California, or about a third of the statewide workforce, officials said.

"Our 700,000 workers are proud to have fought alongside the 'Fight for $15' to show the world that when workers stand together, we can improve the lives of our families and create a fairer economy," said Laphonza Butler, president of Service Employees International Union California.

"Our elected leaders have demonstrated the leadership the nation is looking for." But Senator Jeff Stone, a Republican, said the deal will have a disastrous effect.

"The consequences of this action will lead to fewer entry-level jobs, especially for young people just starting out in the job market, higher prices for consumers and even more reluctance by small business entrepreneurs to start or grow their operations in California."