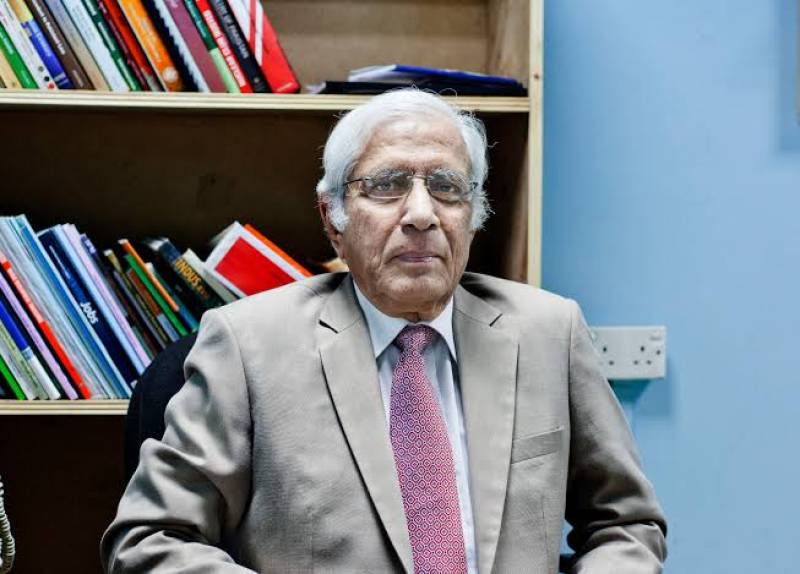 ISLAMABAD – Seasoned journalist and noted economic analyst Muhammad Ziauddin passed away on Monday after a brief illness at the age of 83.

The funeral prayers of the deceased will be held after Asr in the cemetery of the Islamabad Society.

Ziauddin, known for his temerity to raise questions against rulers including dictators, worked more than 6 decades and had worked extensively for almost all major newspapers of Pakistan including The Muslim, The Express Tribune, The News, and DAWN.

Following the end of his splendid career, he continued writing mostly freelance for noted publications.

Journalists, politicians, and activists are expressing their condolences.

Senior journalist Muhammad Ziauddin has passed away in Islamabad after prolonged illness. He was 83 years old. In his illustrious career spanning 60 years Ziauddin Saheb wrote extensively for all leading newspapers of Pakistan including @thenews_intl @dawn_com & others. pic.twitter.com/Y0E6svZtah

SHOCKED: Family of M Ziauddin Sb confirmed he had passed away. MY Longtime colleague, friend, fellow. I hv years of memories about him, his greatness, humility, honesty, strength.He believed in himself and his trusted friends, NEVER CORRUPT. GOD PL RIP. WILL WRITE IN DETAIL SOON

A former editor of Dawn, The News and Executive Editor of The Express Tribune - and a mentor and professional colleague, M Ziauddin sahib has passed away

Pakistani journalism has lost one of its finest in a generation

May Allah Bless him pic.twitter.com/lzupbxaAkH

Ziauddin who hailed from Madras was born in 1938 and moved to Dhaka in 1952 where he studied medicine. He then moved to Pakistan in 1960, at the age of 21, and later took admission at the University of Karachi to study journalism.

LAHORE – Seasoned journalist and the founder of Pakistan Today Arif Nizami passed away on Wednesday after ...