‘Consequence of their deeds’: PM Imran reacts to sloganeering incident at Masjid-e-Nabawi 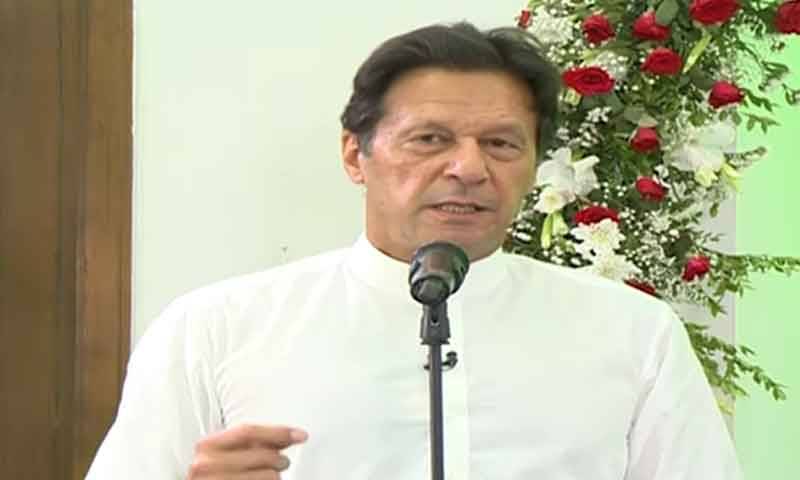 On Thursday, a group of Pakistani protesters raised slogans at the Prophet’s mosque when Prime Minister  Shehbaz Sharif and his delegation reached there to pay their respects at the Roza-e-Rasool (PBUH).

The incident sparked widespread condemnation from all sections of society as well as members of the Pakistan Tehreek-e-Insaf (PTI).

Talking about the matter on Friday, it is an unprecedented public reaction, adding that PTI is not urging people to come out but they are expressing their anger in such ways.

He reiterated that his government was toppled through a foreign conspiracy, adding that what happened at the Prophet’s mosque was outcome of their deeds.

He said, “I can never think of inciting people to hooliganism at Masjid-e-Nabawi”. Khan said that he has great respect for Prophet Mohammad.