In a first, Pakistani woman elected as London Assembly member 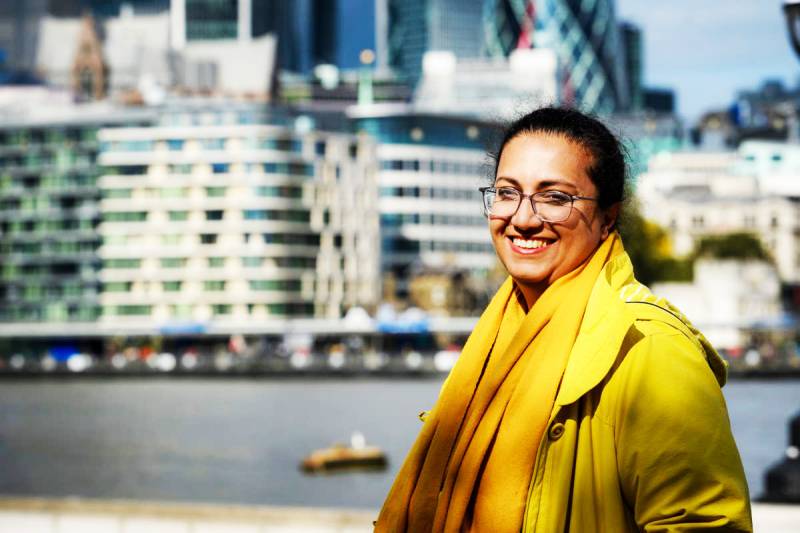 LONDON – Hina Bokhari, the daughter of a Pakistani school teacher, has made her name in history books as she becomes the first first-ever Muslim Pakistani female elected member of the London Assembly.

Bokhari contested from the platform of Liberal Democrats. Her father Syed Naz Bokhari, who hailed from Lahore, was the teacher of London Mayor Sadiq Khan besides holding the title of Britain’s first Muslim headteacher.

Earlier this month, she took to her official Twitter where she wrote ‘Proud to elected on the special night of Laylat ul Qadr as one of the first female Muslim London Assembly member’. She also expressed gratitude to London Mayor Sadiq Khan.

Great to see @LDN_gov reflect the diversity of London pic.twitter.com/zOcZGuvjoE

Bokhari, 45, in a recent interview with a private news channel, said ‘I feel a great deal of pride in the fact that I am the first-ever Muslim and a woman of Pakistani heritage to reach the London Assembly’. Adding that, my father always taught me to give back to the community. ‘It’s not what you have and what you do today but what you leave behind for the next generation. My dream is to fulfill my father’s dreams’, she added.

Talking about the most ethnically diverse city London, she mentioned that ‘other women from ethnic minority backgrounds should take her election as a message of hope that if she can do it, others can do it too’.

The Pakistani origin, who has been working as a primary school teacher for the last 2 decades, took time off from her teaching job to focus on her new challenging position.

Speaking about the British politician and London Mayor Sadiq Khan, she mentioned that ‘Khan’s job is very complicated but he needs to do more for London. My job is to hold him accountable, to remind him about the promises he made about housing and jobs. I will question him and I hope he keeps his promises’.