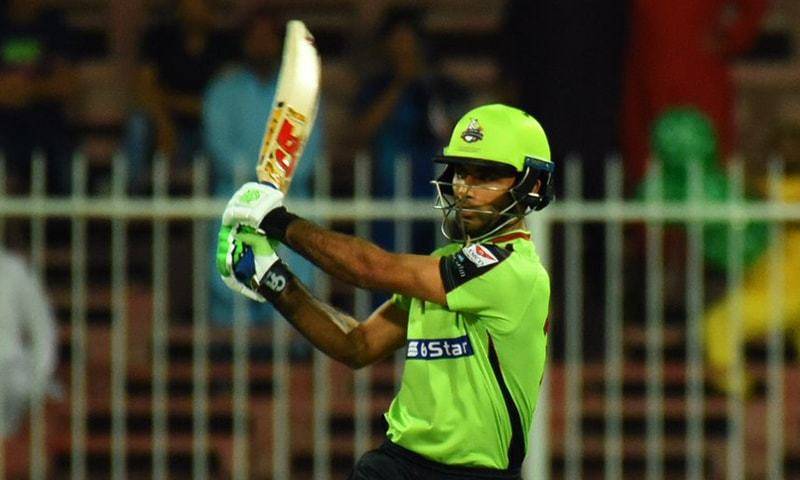 KARACHI – Lahore Qalandars chased down a challenging total of 187 and won by six wickets against Karachi Kings, in the eleventh match of the Pakistan Super League's sixth season at the National Stadium in Karachi on Sunday.

Opener Fakhar Zaman with his knock of 83 off 54 provided the impetus needed for the team to follow through after his departure at 17.2 overs, and hit the target.

Osama Bin Atiq from DailyPakistan was overwhelmed by the spectacular performance of Fakhar Zaman; in response to which Zaman expressed great gratitude.

The 30-year-old cricketer said in a video that he felt overjoyed to see Osama’s reaction to the victory of Lahore Qalandars.

“… and I still remember that you used to play cricket under my coaching at Navy centre,” Zaman shared in his video message.

“Good to know that you are now working for Daily Pakistan. I will meet you soon,” the left-hander added.

In the video from the media box, he can be seen dancing and cheering for Qalandars as they sealed the PSL victory.

When it was time for them to bat the side was equally brilliant, persistent and steady in their chase, and managed to hold on to six wickets in the process.

KARACHI - The eleventh match of the PSL 6 between arch-rivals Lahore Qalandars and Karachi Kings is underway at the ...