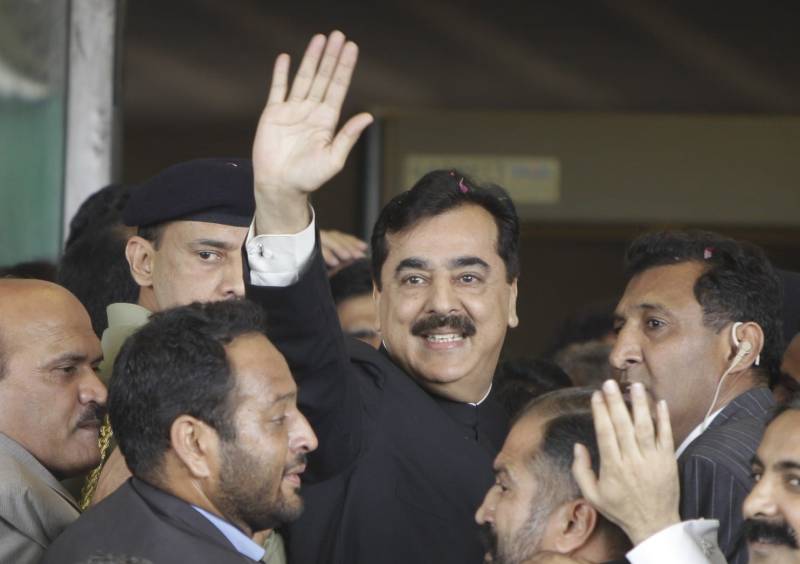 Sharing his lifelong struggle and contributions in Pakistani politics, the PDM candidate termed the upcoming polls as crucial as it will determine the direction of the future of Pakistani politics. The seasoned politician added that we need political unity and need to put aside self-serving desires and political differences.

Addressing the parliamentarians, he said we have to come together to restore the sanctity and dignity of the legislature.

Reiterating his long political struggle, he mentioned that "my journey comprises four long decades. I got elected as the Speaker of the National Assembly in 1985 and became the Prime Minister in the year 2008. Most of you are well aware of my partial actions about those days." 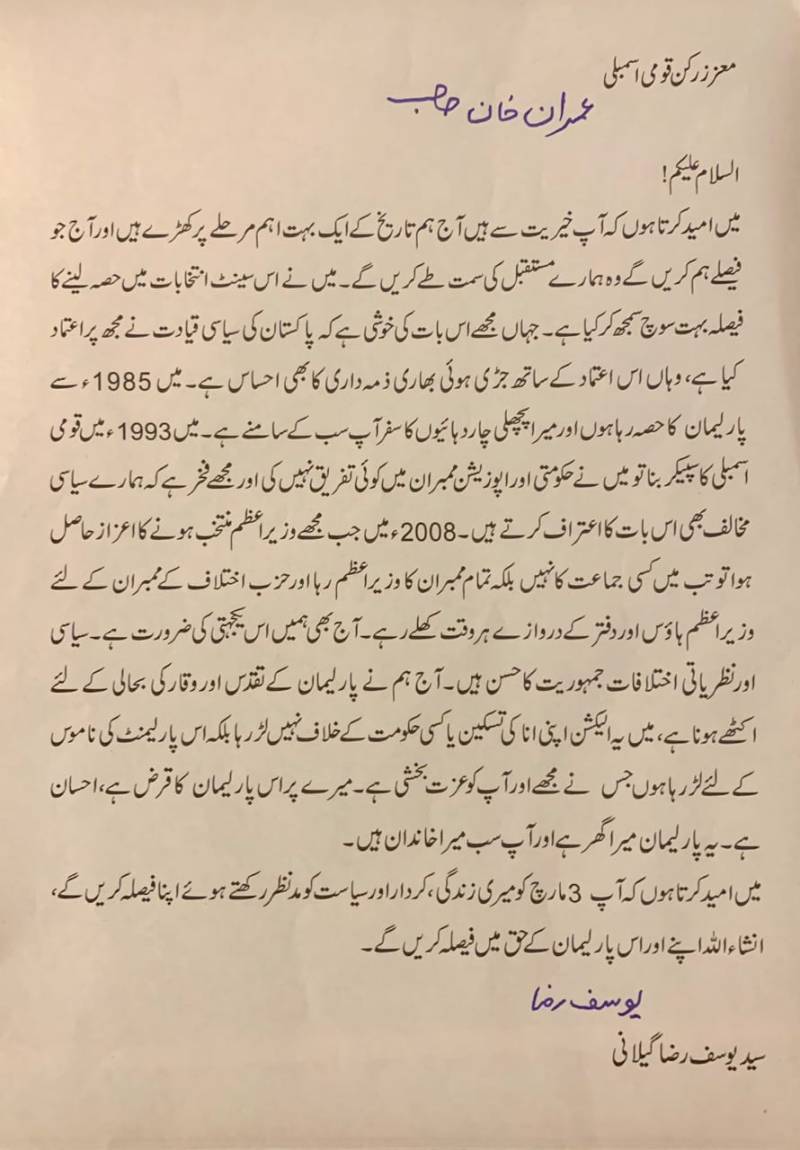 "I hope that you will make your decision in my favour on March 3 considering my sincere and unbiased role in Pakistani politics," he added.

Gilani's party chief and former president Asif Ali Zardari, who is in the federal capital nowadays, seems very confident about their victory in the Senate polls. Lambasting at the ruling party, he claimed PM Khan won't be the prime minister once our candidate becomes the Senate chairperson.

Earlier today, the Supreme Court announced that the coming Senate elections will be held through a secret ballot.

A five-member bench headed by Chief Justice of Pakistan Gulzar Ahmed announced the reserved opinion in the open court. The majority verdict (4-1) of the top court stated that elections of the upper house of the parliament are held under article 226 of the constitution of Pakistan.