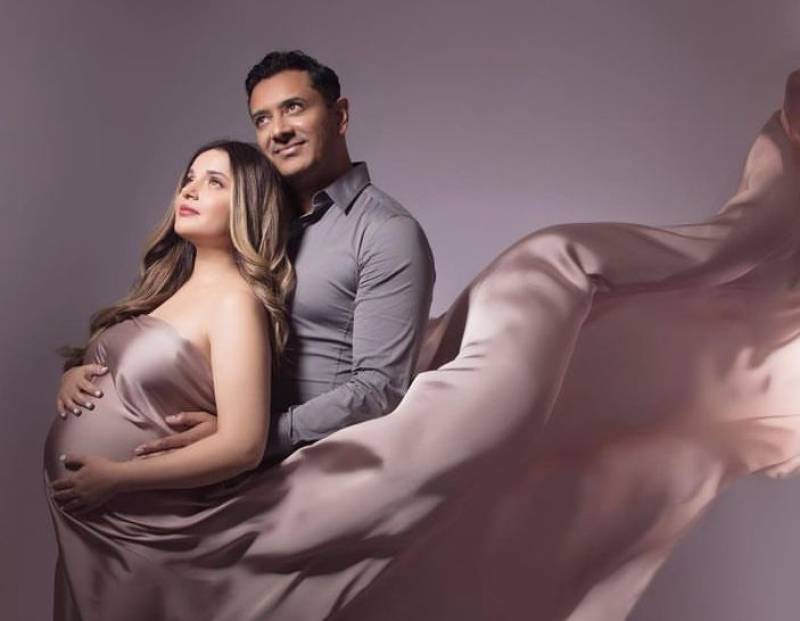 Pakistani actress Armeena Rana Khan received flak for sharing her maternity shoot. Even tough, she shared an integral part of her pregnancy journey with fans, but trolling knows no bounds.

According to haters, women are meant to hide their pregnancy and not post pictures of their bellies on social media.

However, the Bin Roye actor called the keyboard warriors out and encouraged women to claim their space and openly and proudly embrace all aspects of motherhood.

Sharing a comment by one such hater who reduced the glowing mom-to-be’s shoot to a “Hollywood copy”, Khan responded, “Hey ladies! Don’t be like [her], she is a hypocrite.”

She followed that up with a PSA saying that she plans on talking about her delivery and all the details involved. “MY SPACE, not yours. If I haven’t triggered you religious fanatics enough yet, watch this space,” she added. 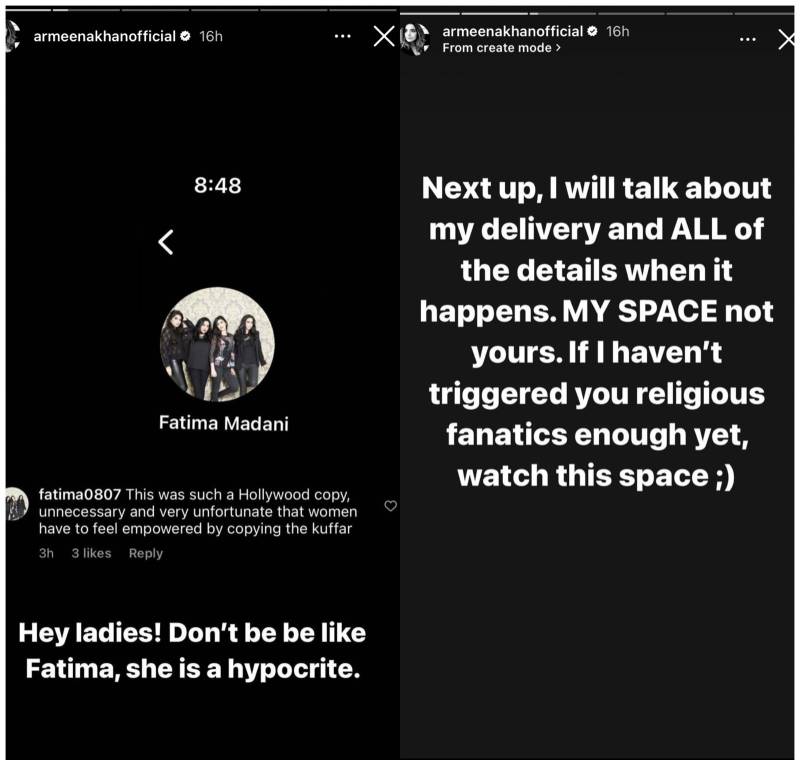 Addressing another netizen attacking her religious beliefs, she said, “Boss, tell me one thing — when you see a pregnant woman on the streets, do you attach ghoray walay blinkers[horse blinders] or do you avert your eyes? I doubt you do either. When you have such a low mentality, your gaze follows suit.” 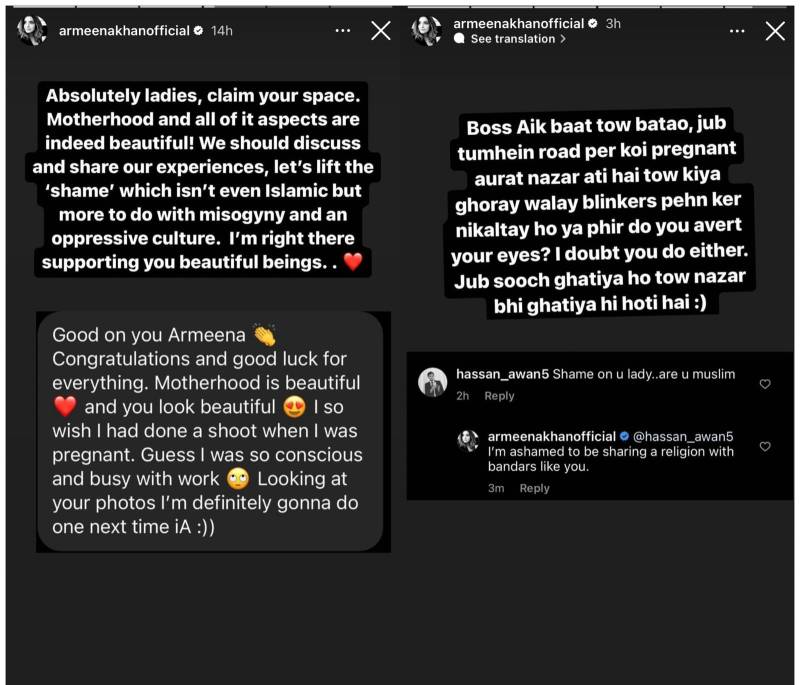 Armeena also went on to encourage other women to share their experiences of motherhood, and otherwise and claim their space after a fan congratulated her for finding the strength to do the same.

“Claim your space, ladies. Motherhood and all its aspects are indeed beautiful. We should discuss our experiences. Let's lift the ‘shame’ which isn’t even Islamic by the way, but has more to do with misogyny and our oppressive culture.”