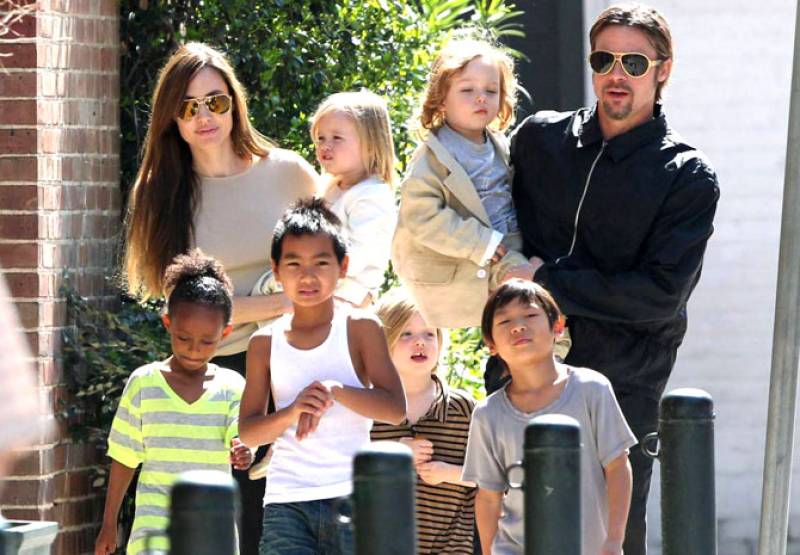 Angelina Jolie and her SIX children celebrated New Year in Colorado, amid her ongoing divorce and custody battle against ex-husband Brad Pitt, who was not with them during the vacation.

According to sources, Jolie and her children arrived in Colorado after Christmas.

Her six children had met Brad Pitt on Christmas, it was further reported.

Here's a video of what sources claim to be the cause for the Brangelina Split:

A source further claimed that Pitt was left 'broken' after his Christmas reunion with his six children, and that he had stated that it had been the WORST holiday season of his life.

Angelina Jolie and her daughter Vivienne were spotted shopping at a toy store on December 30, according to sources.

"Brad's anguish is palpable... He desperately misses having his kids with him at Christmas and New Year. These supervised visits are sheer hell on him. He's broken down in tears so many times. He's not ashamed to cry any more," the source said.