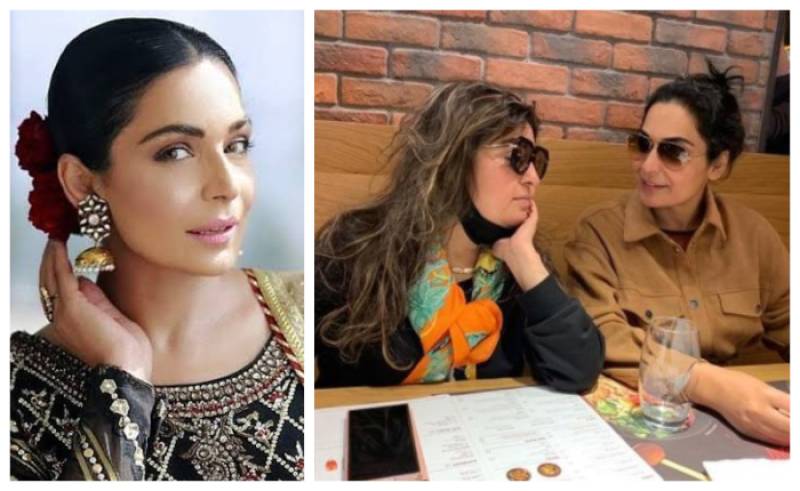 The quintessential Lollywood queen Meera is adored for her alluring persona and versatility which have earned her the spot of a timeless diva in South Asian cinema.

The Baaji star continues to shatter stereotypes as she remains one of the most sought out actresses despite being in her 40s.

"Had So much Fun meeting with @dollybindra in #meerajee Dubai", she captioned the post.

Earlier, Bindra appeared in season 4 of India's most popular reality show Bigg Boss in 2010 where her controversial behaviour made her popular in the masses. She went on to act in several Bollywood films.

On the work front, Meera has appeared in Urdu, Punjabi, and Hindi movies.

The quintessential Lollywood queen has done it all - from rumours of a secret marriage to risqué films, Meera is ...