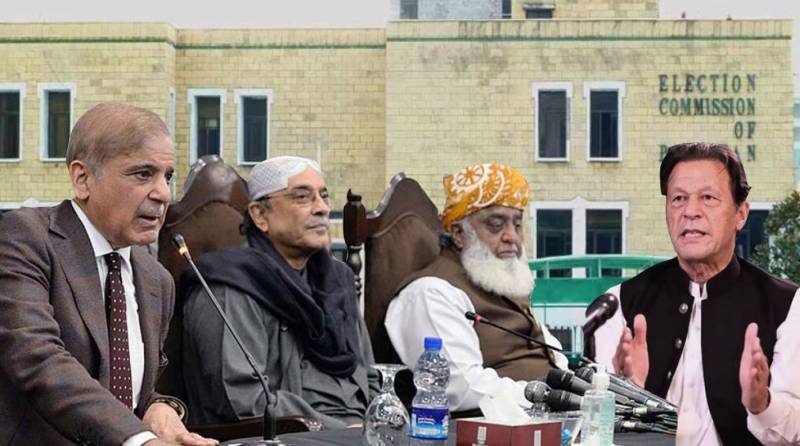 ISLAMABAD – PML-N government and allied parties filed a reference with the ECP seeking the disqualification of ousted PM Imran Khan.

Reports in local media said PML-N lawmakers Barrister Mohsin Nawaz Ranjha moved the reference to Chief Election Commissioner Sikander Sultan Raja, maintaining that the PTI chief is no more Sadiq and Amin as he failed to declare the gifts received in Toshakhana.

The multi-party alliance continued efforts to corner the Imran Khan-led PTI since the ECP ruled that PTI had received prohibited funding from a number of foreign donors.

Last year, the Toshakhana case surfaced after an independent and autonomous enforcement body, accepted an application on the matter and directed the Cabinet Division to provide information about the gifts received by former PM Imran Khan from foreign dignitaries.

ISLAMABAD – Lawmakers of PTI barged through barbed wires and barricades and registered their protest outside the ...

Cabinet Division however challenged the PIC order, claiming that it was illegal. The ousted government had taken the position that the disclosure of any information related to Toshakhana will disrupt Pakistan's relations with friendly nations.

ISLAMABAD – Federal investigators have launched an inquiry into the allegations against former prime minister ...