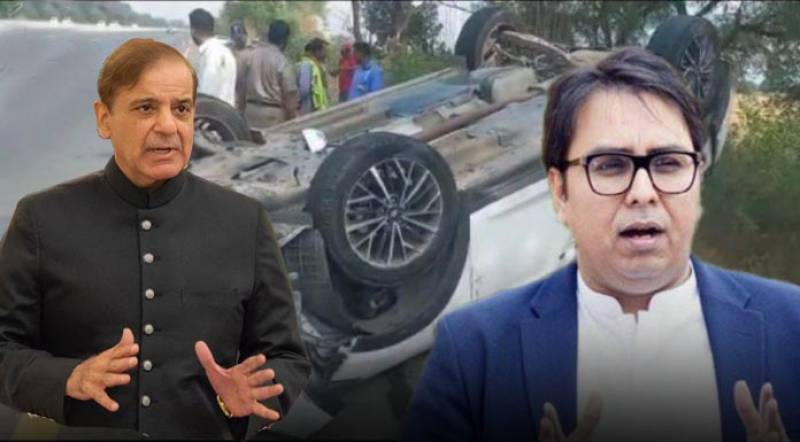 The premier, while taking notice of the accident, said all requisites of justice should be met while holding the investigation.

PML-N leader, who is known as a diligent administrator, expressed sympathy for the victims of accidents including Imran Khan’s close aide.

Earlier in the day, former special assistant to PM Dr. Shahbaz Gill said that he has escaped an ‘assassination attempt’.

Gill was on his way to Islamabad from Lahore when a car slammed into his vehicle as a result of which his car turned turtle. Motorway police officials rushed to the spot and the injured were shifted to the hospital.