Nagorno-Karabakh: Azerbaijan lays down conditions for ceasefire with Armenia 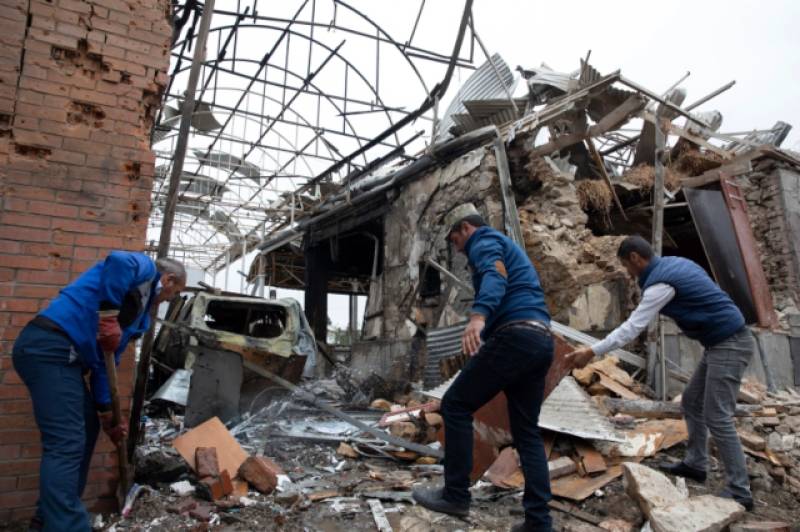 BAKU – The Azerbaijani Defense Ministry said on Monday that Ganja, the country's second-largest city, was being shelled from Armenia's Berd region.

"The city of Ganja is under fire launched from the territory of Armenia's Berd region," the Azerbaijani Defense Ministry said in a statement.

Meanwhile, Azeri President Ilham Aliyev outlined his government’s conditions for a ceasefire with Armenia over the disputed Nagorno-Karabakh region, saying Armenia should set a timetable for withdrawal.

“Azerbaijan has one condition, and that is the liberation of its territories,” the agency cited Aliyev as saying in a televised national address on Sunday. “Nagorno-Karabakh is the territory of Azerbaijan. We must return and we shall return.”

The conflict, which started on Sept. 27, is the latest flare-up in an ongoing dispute over the mountainous enclave in the South Caucasus. The fighting has threatened to expand beyond the breakaway state, which is located within Azerbaijan’s borders but controlled by ethnic Armenians.

“My condition is the following: let them withdraw their troops, and the confrontation will be stopped, but this should not be in words, but in deeds,” Aliyev said.

The Azeri president said the international community has overlooked Armenia’s territorial violations in the latest round of clashes and had failed for three decades to enforce U.N. resolutions or put pressure on Armenia to return Azeri territories.

“If they didn't care then, they don't care now. Some countries slander us, some European countries accuse us,” Aliyev said. “Let them go and look in the mirror."

France, Russia, and the United States co-chair the OSCE Minsk Group, which was set up in 1992 to mediate in the decades-old conflict over Nagorno-Karabakh. On Thursday, the leaders of the three countries called on Armenia and Azerbaijan to stop the violence and return to negotiations to find a resolution.