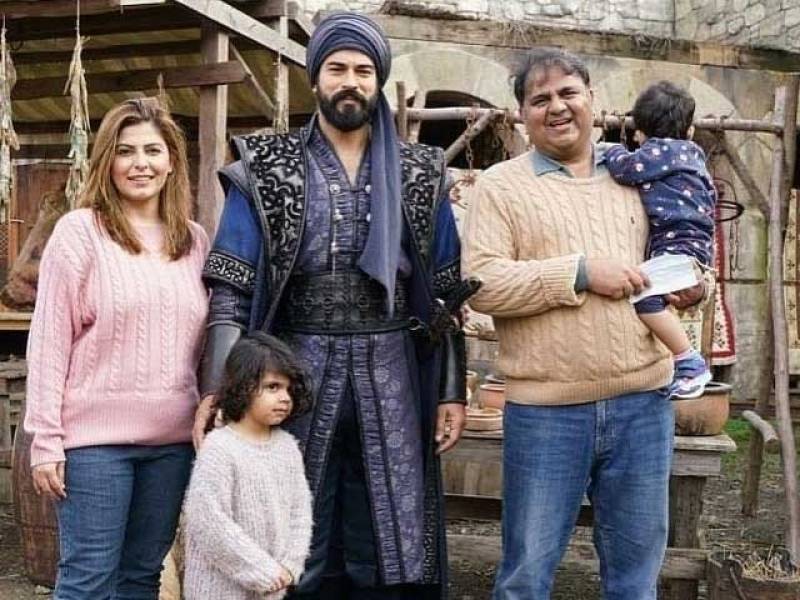 Federal Minister for Science and Technology, Fawad Chaudhry was spotted on the sets of the historical Turkish famed series Kurulus: Osman, accompanied by his family.

A photograph of the minister and his family is doing rounds on social media in which the politician and his family can be seen posing with the 36-year-old Turkish star. Though it has not been specified as to where the minister met Ozcivit, it seems they are on the set of Kurulus: Osman.

The lead actor of the series who portrays Osman Ghazi, Burak Ozcivit is seen wearing the traditional ensemble of the Kayi tribe.

Kuruluş: Osman is the sequel to the Diriliş: Ertuğrul that started airing in Pakistan in April 2020, and soon became a national sensation. Topping Google's list of Pakistan's movie and TV searches of 2020, the hype surrounding its sequel broke new records of viewership in Turkey and Pakistan.

Created by Mehmet Bozdağ, Kuruluş: Osman revolves around the life of Osman I, founder of the Ottoman Empire.