Jahangir Tareen says ‘his plane can take off in any direction, even towards PML-N’ 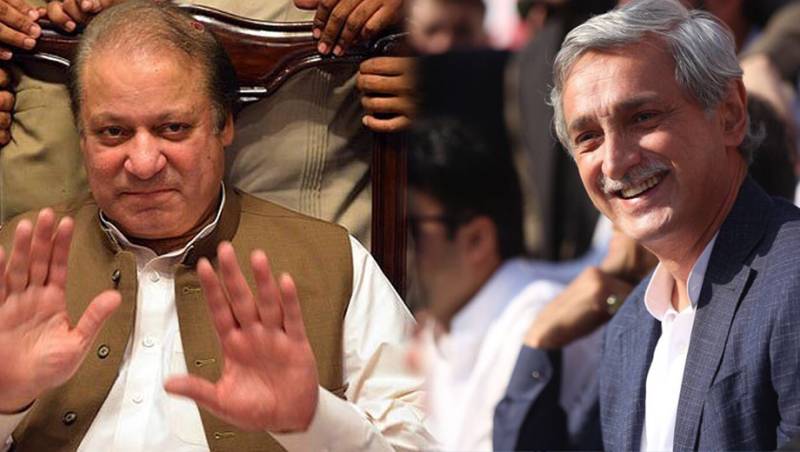 ISLAMABAD – Former close friend of Prime Minister Imran Khan on Friday said his 'plane' could take off in any direction even towards the PML-N as his 'age-old ties with the leading opposition party will continue'.

The disgruntled PTI leader, who was booked under Anti Money Laundering Act, hinted at chances of joining other parties during a media interaction at Khawaja Saad Rafique's daughter's wedding.

The noted businessman earlier mentioned using his aircraft to approach independent candidates who had won in different constituencies in order to help the ruling party.

Interacting with journalists, Tareen said 'Khawaja Saad is a brother to me and we have remained together like close relatives for a long time'.

PML-N stalwart and former speaker NA Ayaz Sadiq, who was also attending the gathering, also commented on the matter during interaction saying he should ask Tareen why he kept smiling a the question of joining Nawaz Sharif’s party. He also added, 'Whether it's Jahangir Tareen or any other leader of the PTI, everyone except Imran Khan, is smiling'.

Earlier, Tareen formed a group of disgruntled lawmakers in the National Assembly as well as the Punjab Assembly at a dinner he hosted for his supporters.

However, he dismissed that he had never paid for the ‘household expenses of Bani Gala’ in response to the claim of former party leader Justice (r) Wajihuddin Ahmed who accused the premier of taking money from PTI leader to run his household.