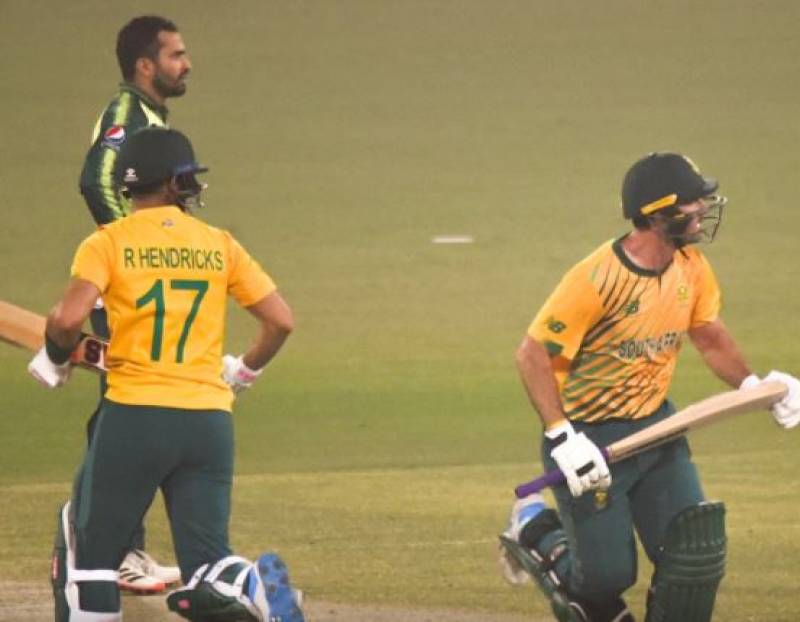 Proteas managed to achieve an easy target of 145 runs in 16.2 overs. Reeza Hendricks and Pite van Biljon scored 42 runs each to help the team bag victory. David Miller scored 25 runs for not out.

Earlier today, Proteas had won the toss and elected to bowl first. Pakistan made 144 runs with the loss of seven wickets in 20 overs. Mohammad Ramazan was in good form as he scored 51 runs, becoming first Pakistan wicketkeeper-batsman to score 50+ score in three consecutive T20I matches.

The third match of this series will be played tomorrow Sunday at the same venue.