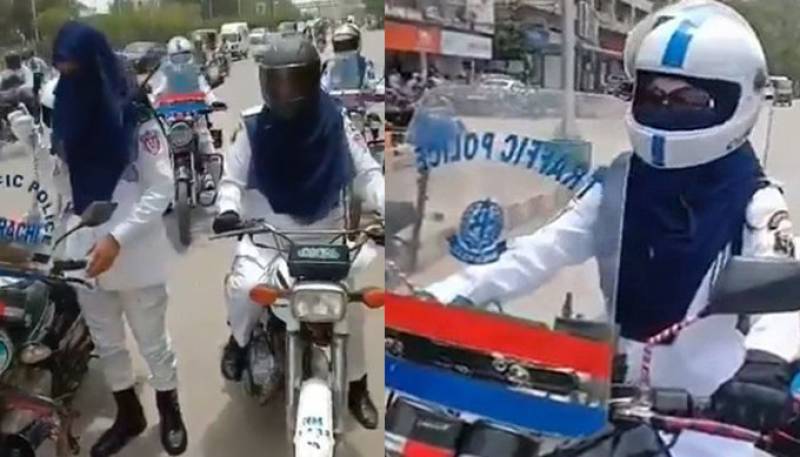 KARACHI – Lady traffic wardens turned up on two-wheelers on main boulevards on Tuesday for patrolling duty for the first time in the history of the southeastern province of Pakistan.

The traffic police department for the first time deployed female officers in the area of Shara e Faisal and Clifton. In a short clip shared on the official handle of Karachi Traffic Police, the lady cops all donned in white and navy can be seen riding 125cc and 150 cc bikes.

Reports quoting traffic officials said the women wardens have not yet been given the authority to issue a challan as the initial task of female personnel is to provide awareness and monitor the traffic in the country’s largest metropolis.

The female traffic personnel will be patrolling from the Metropole Chowk to the Airport, it further added.

Last month, around 23 female traffic wardens were deployed in Rawalpindi to educate road users about violation of traffic rules, lane restrictions, use of helmets besides the enforcement of other traffic regulations.

LAHORE – The first lady warden of City Traffic Police, Salma Abdul Ghani has departed for a UN mission to ...