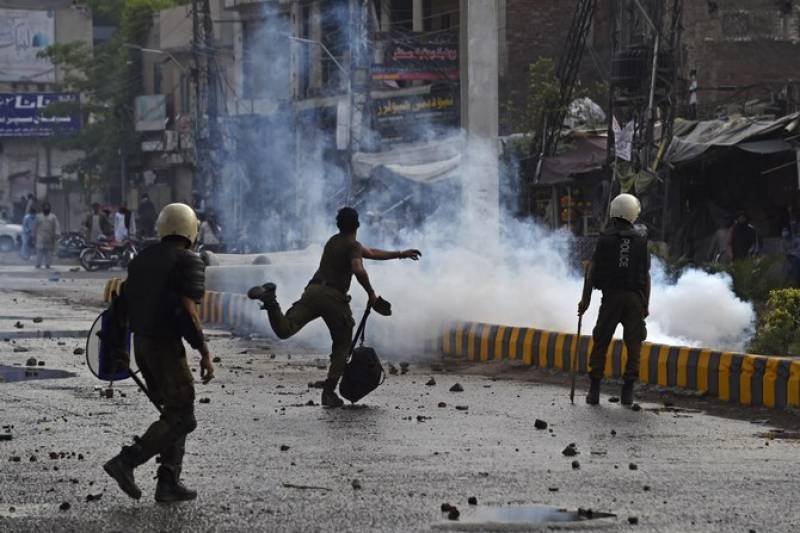 LAHORE – At least seven killed while hundreds of security personnel and protesters injured in violent clashes for a third consecutive day on Wednesday.

Police constables Ali Imran and Muhammad Afzal succumbed after they came under mob attacks amid fierce clashes. 97 police officers and personnel were injured in the recent attacks carried out by far-right-wing protesters for the expulsion of the French envoy from Pakistan.

Meanwhile, law enforcers have also arrested dozens of protesters for attacking security personnel and blocking highways against the arrest of their party leader Saad Hussain Rizvi.

The federal cabinet has also decided to deploy Rangers personnel in major cities to maintain law and order and resolved that the incumbent government would not be pressurized by any extremist group.

The viral videos of the fierce clashes have also been surfaced on social media in which policemen can be seen brutally tortured by the mob.

The protesters are also using hand weapons against unarmed policemen, the authorities started the probe to find out who was supplying arms to the violent activists.

On the other hand, the supply of oxygen to public hospitals was also affected amid blockade of key highways, putting the lives of many critical patients at grave risk