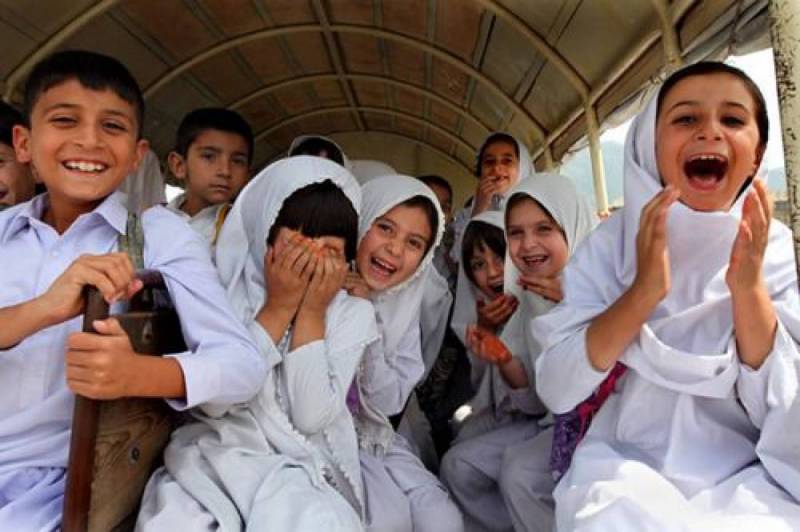 PESHAWAR – The Khyber Pakhtunkhwa government on Monday announced summer vacations for classes up to the middle as the intense heat is making life difficult for young students.

A notification issued in this regard from the Elementary and Secondary Education department stated that all middle schools in the summer zone will remain closed until further orders.

However, the schools up to the higher secondary level in the winter zone of the province will remain open. The decision is equally applicable to both public and private sector institutions.

Meanwhile, Provincial Education Minister Shahram Khan Tarakai said that students will only be taught the subjects for which examination will be given.

On June 11, the Punjab government hinted that summer vacations will be announced within two weeks, as the temperature in a number of cities has been soared up to 45 degrees.

LAHORE – Public and private schools will reopen in Lahore and remaining districts of Punjab from ...

Punjab Education Minister Murad Raas said the provincial government is aware of the problems that children are facing due to the weather, adding that in case of an extraordinary situation, the government will act accordingly.

The provincial government has already changed the timings for all private and public schools from 7:00 am to 11:30 am due to the ongoing heatwave, he added.

KARACHI – Schools in the second largest province which are closed due to the third wave of Covid pandemic are ...