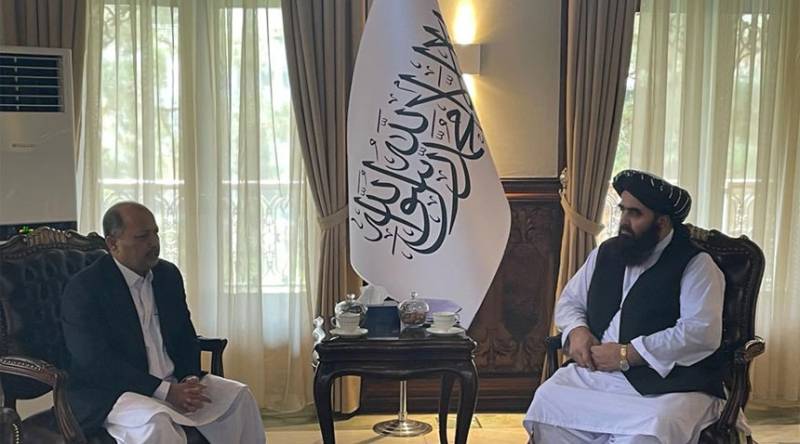 According to the report of the state broadcaster, both sides discussed strengthening bilateral cooperation, particularly facilitating humanitarian, economic, and people-to-people exchanges in the recent meeting.

Recently, Pakistan has provided humanitarian assistance to the war-raked country in dispatching tons of food and medical supplies. Pakistan also contributed to the evacuation efforts besides calling on the international community to have a positive engagement with Afghanistan.

On Monday, Pakistan’s Foreign Minister Shah Mehmood Qureshi while addressing a high-level Ministerial Meeting on the Humanitarian Situation in Afghanistan called upon the international community for sustained engagement with Afghanistan.

Qureshi emphasized the need to renew developmental partnerships, support nation-building, and meet the humanitarian needs of the Afghan people. “Today’s Afghanistan represents an important opportunity as it begins its journey towards sustainable peace and development. The recurring cycles of conflict and instability during the last four decades can finally be stopped," FM added.

WASHINGTON – US Secretary of State Antony Blinken said Washington will devise a future course of action with ...