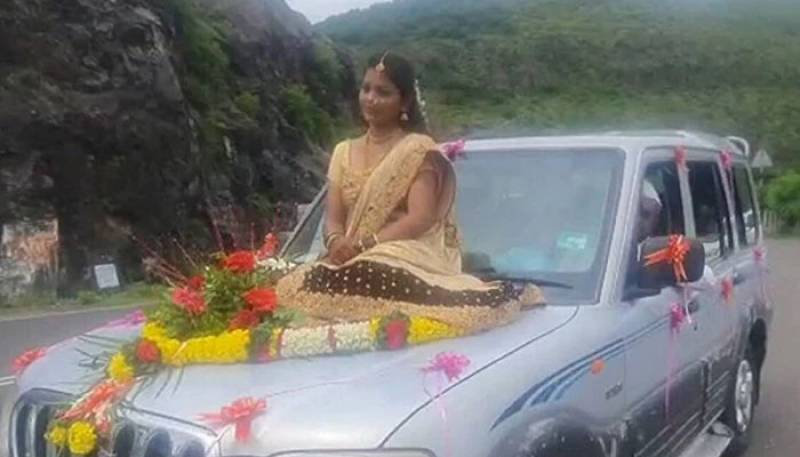 PUNE – In a bid to garner attention and make a bridal entry more memorable, an Indian bride sat on the bonnet of an SUV car for traveling to a wedding venue however the plan backfired when the law enforcers lodged a case against her for multiple violations.

In the recent viral event in the Western Indian state, a 23-year-old bride was seen sitting on the car’s bonnet while donning wedding attire. The car’s bonnet can also be seen adorned with garland and decoration, Indian media reported.

The woman and the family were reportedly on their way to the wedding venue when the clip was shot on July 13. She can also be seen sitting still as the car moves forward.

The whole moment, however, turned astonishing as the woman and family were booked by the local police.

The investigation officer of Loni Kalbhor police station while speaking with a media outlet said “Upon preliminary examination of the video, we found that their actions did not just endanger their own lives, but there were also blatant violations of Covid safety norms and for violating the Motor Vehicle Act.”

BANGALORE – Couples in the second-most populous country seemed exceptionally desperate to get hitched as after ...

The legal provisions invoked in the offense were bailable, those charged were not placed behind bars, per Indian media reports.