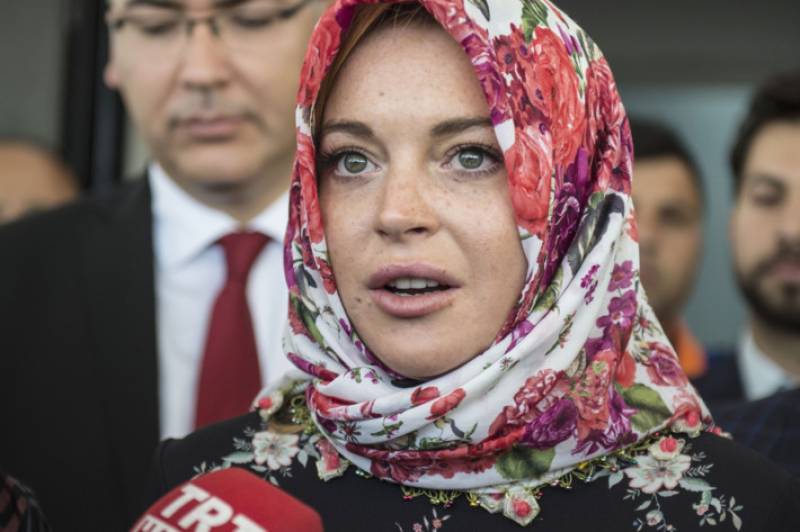 We all know Lindsay Lohan. She is no stranger to the media and has always managed to steal the spotlight for something or the other. Just recently she has created quite another ripple in the news when she was spotted wearing a headscarf and carrying a copy of the Holy Quran.

Since then, we've been curious about what she's up to now.

Dropping a hint of what she might be doing next, it seems like Lindsay Lohan is coming up with her own fashion line!

The sequined headscarf Lindsay has adorned herself in has caused a major racket, with many people calling it 'modest' fashion while others have scrutinized it with heavy criticism.

For the very first time, we saw a showcasing of a modest fashion line in Fashion week New York 2016, where designer Anniesa Hasibuan presented flowing tunic and gowns, paired with hijabs.

A post shared by Anniesa Hasibuan Official (@anniesahasibuanofficial) on Dec 2, 2016 at 6:08pm PST

Many international designers have tried to further this modest fashion trend into their collections, reaching out to Arab and Muslim women. Just a few days ago, leading sports brand Nike broke headlines with their hijab launch for Muslim athletes and made inroads into the modest fashion world.

There's much more to modest fashion just fitting the likes of Arab and Muslim women. It does not only feature head scarves but also includes long flowy tunics and gowns embedded in exquisite embroidery and sequins set in soft and subtle undertones of fabrics: much like the picture of Lindsay Lohan above that went viral.

With so much around the corner, we can't wait to see what the Lindsay Lohan fashion line has in store for us!