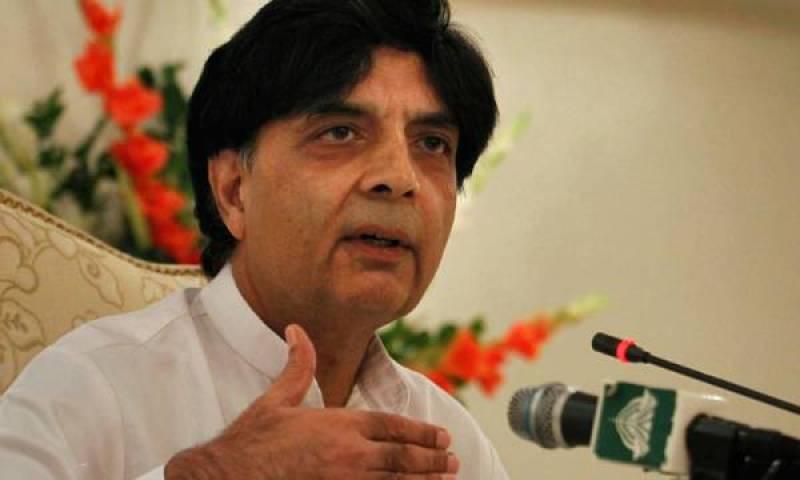 According to sources, Chaudhry Nisar will also meet Director General of Sindh Rangers and get a briefing on Safoora Goth carnage.

At least 45 members of the Ismaili community were killed in a deadly gun attack on their bus at Safoora Goth in Karachi on Wednesday.