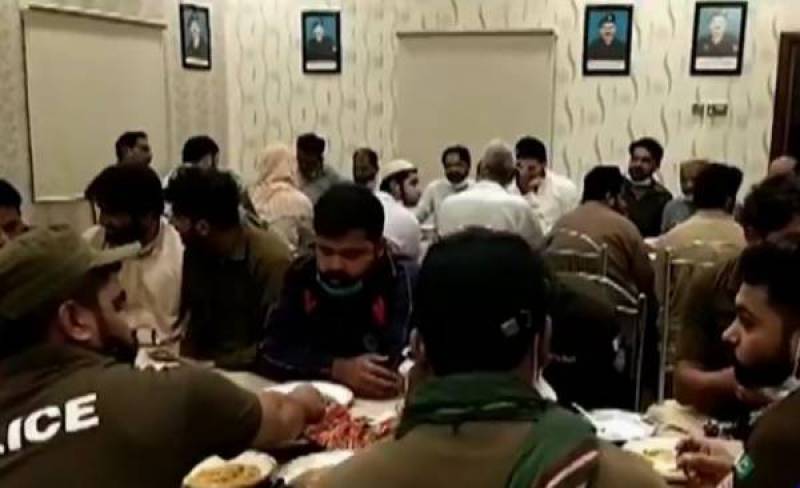 VEHARI – Amid the martyrdom and injuries of the fellow police personnel, the Vehari Police set a heartwarming example by sharing Sehri and Iftar with some of the detained TLP protesters.

The high moral standards from the injured and aggravated law enforcers won the hearts of the people. In the released viral video, the protesters in the Police Lines Station can be seen eating meals while sitting at tables with police officers.

The agitators seemed ashamed at their violent actions and regretted their decision to stage violent protests across the country in which four police officers martyred while more than 600 injured across Pakistan.

Speaking to a private news channel, a protester confessed that whatever the outfit members did was not right while another said our brothers who committed violence, committed a crime.

Another ashamed member said he would spread the message among his friends that the masses cannot be safe without respecting law enforcers.

Netizens after watching the noble action lauded the police personnel who got injured amid the fierce clashes with the banned outfit.