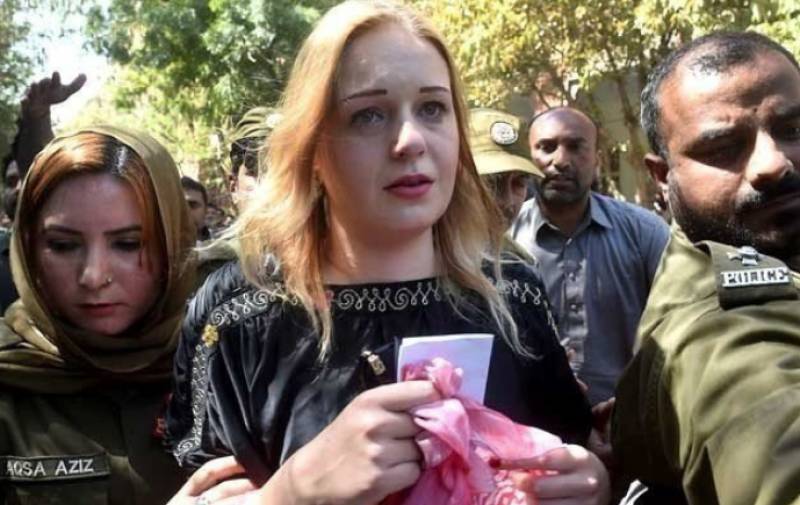 ISLAMABAD – Czech model Tereza Hluskova, who was recently released in a drug trafficking case, was restricted to travel abroad by Supreme Court.

Reports in local media said the country’s top court barred the Czech model from traveling abroad and on a petition filed by Pakistan Customs.

Customs legal representative apprised the court that Tereza was sentenced to eight years in prison by the trial court for smuggling drugs but a two-member bench of Lahore High Court accepted her bail application last year in November.

Authorities pleaded with the apex court to stop the 26-year-old from traveling abroad as she had already booked her flight for April 23. Meanwhile, the court issued notice to the Czech model and adjourned the hearing till Wednesday.

Tereza Hluskova, a model by profession, was detained at Lahore airport for attempting to smuggle heroin from Pakistan to Abu Dhabi in 2018 and was later sentenced to eight years and eight months in jail by a sessions court in April 2019.

On April 2, 2019, the Czech model challenged her sentence in the Lahore High Court and was released last year in November.

In her appeal, the model maintained that she was innocent while the decision announced by trial court was contrary to the facts. She claimed that she came to South Asian country to work as a model and to learn Islamic Studies, and that someone put narcotics into her luggage.

LAHORE – The Lahore High Court on Monday ordered release of a foreigner in drug smuggling case.  A ...

Manufacturing, distribution, and sale of illegal substances is a serious offence in Pakistan.