No rift in relations between Pakistan, Saudi Arabia: FO 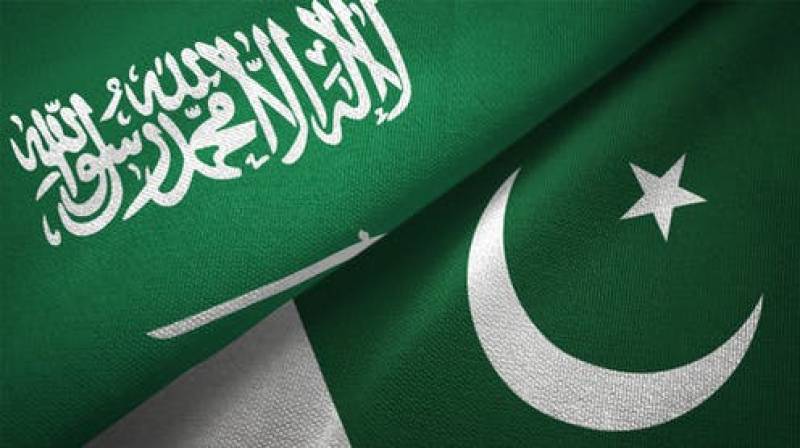 ISLAMABAD – Foreign Office Spokesperson Zahid Hafeez Chaudhri has said that there is no rift in the relations between Pakistan and Saudi Arabia.

Responding to a question at weekly news briefing in Islamabad on Thursday, he said Pakistan and Saudi Arabia have always enjoyed unique relations, deep rooted in religion, culture and social ties.

He said the two countries have strong economic, political, security and military cooperation at all levels.

He said the visit by Prime Minister Imran Khan and the landmark visit of Crown Prince Mohammed bin Salman last year have further cemented our relations and provided new avenues of cooperation in trade, investment and other fields.

No ties with Israel without peace for Palestinians, says Saudi Arabia

Answering a question about the agreement between the UAE and Israel for normalization of relations, the Spokesperson said there is no change in Pakistan's principled position on Palestine.

He said Pakistan has abiding commitment to full realization of the legitimate rights of the Palestinian people, including their right to self-determination for a just, comprehensive and long-lasting peace.

He said Pakistan has consistently supported a two state solution in accordance with UNSC and OIC resolutions as well as international law with pre-1967 borders and with Al-Quds Al-Sharif as the capital of Palestine.

As for recent development, the Spokesperson said, Pakistan's approach will be guided by our evaluation of how Palestinians' rights and aspirations are upheld and how regional, peace and security and stability are preserved.

To another question, the Spokesperson said the OIC Contact Group has held four meetings on the Kashmir issue since India's unilateral and illegal actions on August 5 last year.

He said the OIC has been condemning the Indian human rights violations in Indian Illegally Occupied Jammu and Kashmir and also calling for resolution of the dispute under the UN resolutions.

The spokesperson said a senior Indian diplomat was summoned to Foreign Office this morning as well to register Pakistan's protest over provoked ceasefire violations along the LoC.

Responding to a question about Indian spy Kulbhushan Jadhav, the Spokesperson said India is not cooperating with the Pakistani courts.