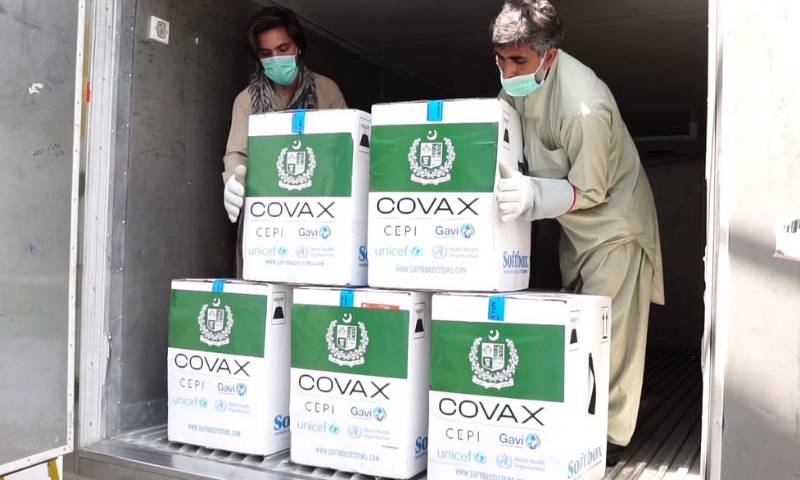 Reports quoting officials said they around 14,000 doses of the Pfizer vaccine arrived at the Islamabad International Airport on board a foreign airline’s flight.

The Covid jabs, stored in ultra-cold chain refrigerators, were handed over to health officials for shifting it to its main ware house in the federal capital.

Meanwhile, another consignment of 700,000 doses of Chinese Sinopharm vaccine arrived tonight on late and has been handed over to the health ministry, a spokesperson of NDMA said.

Pakistan has procured around nine million Covid jabs in June and more than 10 million in the first 20 days of July as it aimed to vaccinate around 70 percent of the population by the end of this year.

In the meanwhile, the South Asian country administered more than 600,000 vaccine doses in the last 24 hours on Monday.

Furthermore, Vaccination centres across Sindh will stay open during Eid holidays. The decision was taken after the spread of the Delta variant in the South Eastern region. The Sindh government has made vaccination mandatory for all adults.

ISLAMABAD – At least 40 people lost their lives due to the third wave of the novel coronavirus infection while ...