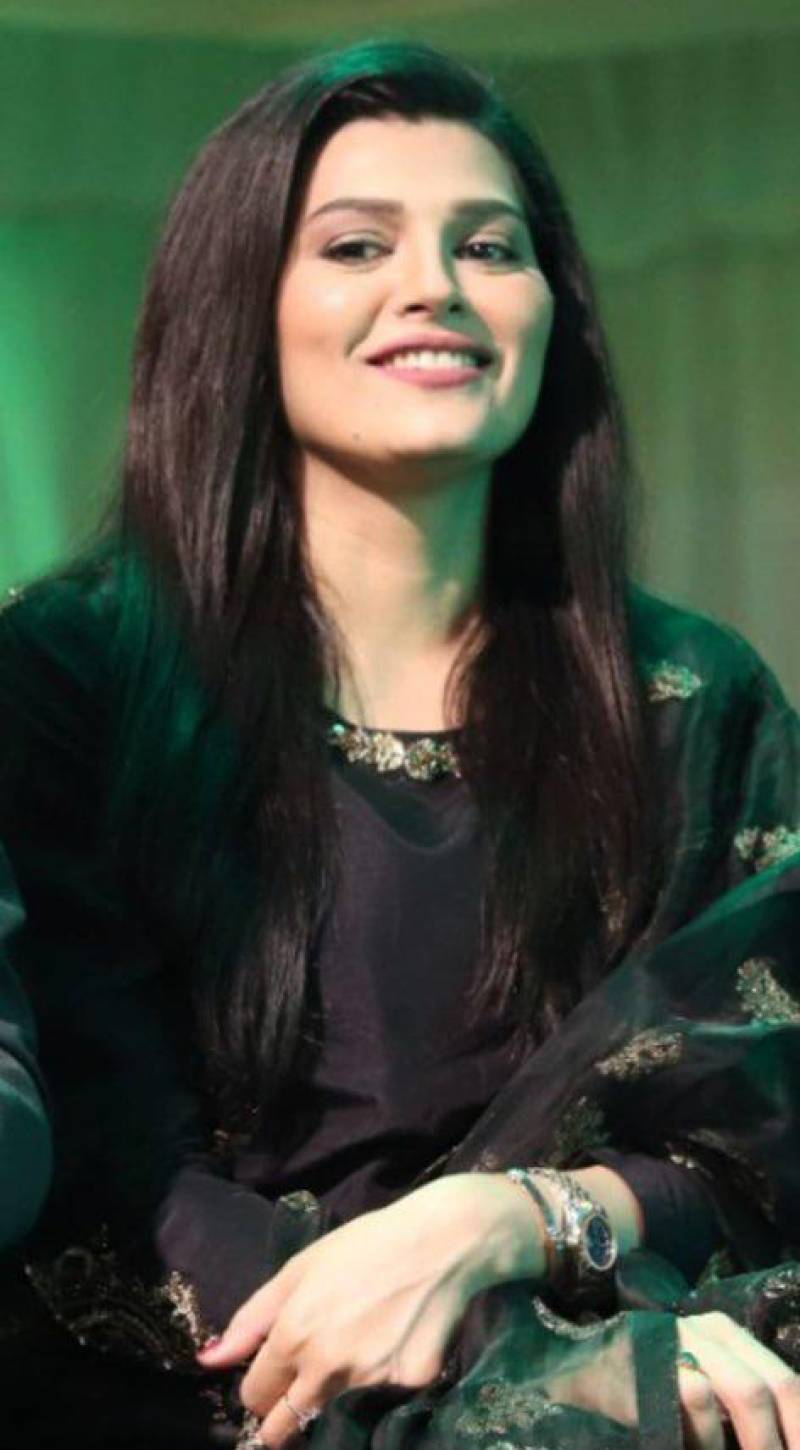 Showbiz personality and actor Sophia Mirza has blamed her mother for forcing her to abort her first child so that she could continue to earn money as a model because having a child will reduce prospects of getting offers and jobs in the showbiz industry.

Sophia Mirza’s mind-boggling written affidavit is contained in a legal document, available with the Pakistani courts.

Sophia Mirza (whose real name is Khushbakht Mirza) is aged 43 now but at the time of aborting her first child she was 26 years old and newly married to Norwegian-Pakistani businessman Sheikh Umar Farooq Zahoor, the State of Liberia’s current Ambassador At Large for Pakistan and the South East Asian region.

In her legal statement, Sophia Mirza narrated how her mother pushed her to take life of her first child due to economic reasons.

Her statement reads: “While during my visit I was influenced and properly guided by my mother Nasreen Mirza who insisted me to undergo an abortion. She liberally and convincingly encouraged me to perform so and asked me to divorce my husband so I could stay back in Pakistan and earn money and feed my family like I used to do. Therefore incomplete abortion was performed in the suburban area of Okara city of Pakistan. The procedure was conducted by a lady doctor who is an acquaintance to my mother in Pakistan.”

Sophia Mirza revealed that her mother told her to lie about Umar Farooq Zahoor in order to get their first child killed.

Her testimony reads: “My mother gave the doctor a false story about how unhappy I was with my husband and wanted a divorce. My mother’s argument was that I couldn’t work in the show business and earn money if I was pregnant. She furthermore explained that since I left the family after the marriage they have been financially unsound as I was unable to convince my husband to support their financial needs. I went to Okara city with my mother and brother Khurram Mirza.”

At a local clinic in Okara, arranged by her mother Nasreen Mirza, where the doctor was in the loop to carry out the illegal operation to finish off the child, the procedure went wrong and the model and actor nearly died.

According to Sophia Mirza’s testimony: “The procedure was performed in highly unsterilized and unhygienic environment which unfortunately led to further infection and profuse bleeding. The situation became worse on the next day as the infection was increasing with intense pain.”

Without informing the airline that she was literally fighting for her life after aborting her first baby boy, Sophia Mirza left for Dubai in emergency.

Khushbakht Mirza says in her testimony: “Following day upon my arrival to Dubai on 20th April, my husband was concerned about my bleeding so he took me to the gynacologist in town. The doctor upon examination declared hat D & C (Dilatation and Curettage) has to be performed in order to save the patient from the sepsis.

I underwent voluntarily through the surgery as it was due to my act and I am and was fully responsible for the consequences.”

Sophia Mirza’s situation was so critical at the time that she signed a declaration for the hospital before undergoing the operation to save her life. She wrote: “I hereby declare that the deed of abortion was planned and was conducted in Pakistan in my full conscious and concern. Therefore physicians or hospitals are under no responsibility or liability from my side. I completely undertake the consequences of such deed for legal or federal litigation.”

After recovering from the horrible abortion experience, Sophia Mirza conceived twin daughters to Umar Farooq Zahoor and Zuneirah Umar and Zainab Umar were born in the following year in 2007. The couple divorced just a few months after the birth of their daughters and have been involved in a lengthy dispute over the custody of their daughters.

It was revealed recently that Sophia Mirza, with help from former Assets Recovery Unit (ARU) head Shehzad Akbar, used the Federal Investigation Agency (FIA) to get his former husband investigated in two alleged corruption cases of around 16 billion Rupees over allegations of money-laundering and fraud – the offences that never took place in Pakistan and which have both been closed by the governments of Norway and Switzerland. Shehzad Akbar directed the FIA to go after Umar Farooq Zahoor and got him placed on the Exit Control List (ECL), got his international Interpol Red Arrest Warrants issued and cancelled his Pakistani identity papers.

Sophia Mirza exercised so much control and power when Shehzad Akbar was running the FIA that he took her case to the cabinet and got approval against Zahoor from the cabinet, without telling the cabinet that Khushbakht Mirza (Sophia Mirza) was the ex-wife of Umar Farooq Zahoor. The cabinet was kept in the dark that Pakistan’s National Accountability Bureau (NAB) investigated Umar Farooq Zahoor for nine years over allegations of fraud in Switzerland but cleared him after two inquiries when no evidence of fraud was presented before the NAB by the main accuser in the case, a Turkish national.

Khush Bakht Mirza alias Sofia Mirza from Lahore, Pakistan, seen as model and TV person, has been making news for the ...

Sophia Mirza has been accusing her former husband of kidnapping their twin daughters and forcing them to live in Dubai with him but last week both girls issued a public statement for the first time stating that they were living happily with their father according to their free will. Zunairah and Zainab revealed that Sophia Mirza visited Dubai in 2017 but refused to meet them despite their requests for a meeting. They said it was unfortunate that Sophia Mirza has been conducting media trial of their father for several years in order to gain publicity and to present herself as a victim. The twins said Sophia Mirza had categorically told them to get their passports, steal money from their father and run away but they refused.