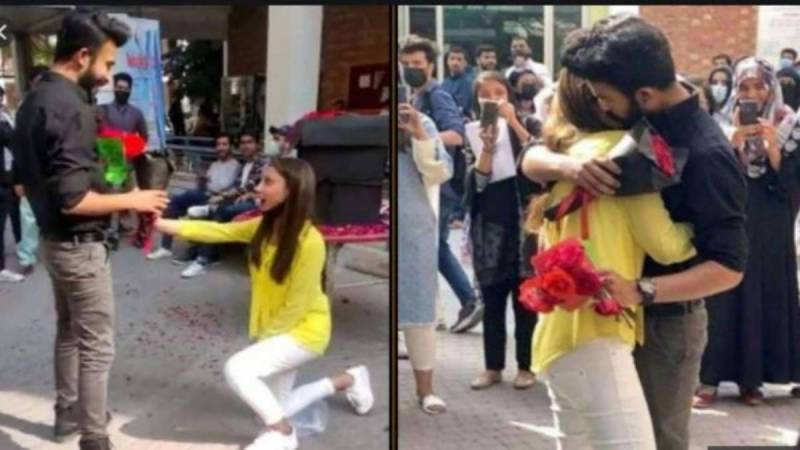 LAHORE – The University of Lahore student couple, who were expelled from the varsity over their public proposal, have shared another video of them together.

In the latest video, Shehryar Ahmad Rana can be seen walking along the girl while holding her hand. He posted the slow-motion clip in which he strolled with a big smile on his face.

As a number of showbiz personalities, politicians, and even the Ministry of Human Rights Secretary have come up against the expulsion of the young students, the caption and the gestures in the latest clip dropped a hint that the varsity might have reconsidered their extreme action.

Earlier, a large number of people called the expulsion 'an act of moral policing' and termed it 'a violation of the human rights of the students'.

The couple had proposed to each other on March 8 on International Women's Day. In the video recorded on the university campus, the female student goes down on a knee and proposed to the boy. The couple can then be seen hugging and holding bouquets while their fellows cheer them.

Amid an unstoppable debate following the viral public proposal of a couple from University of Lahore, another clip of ...