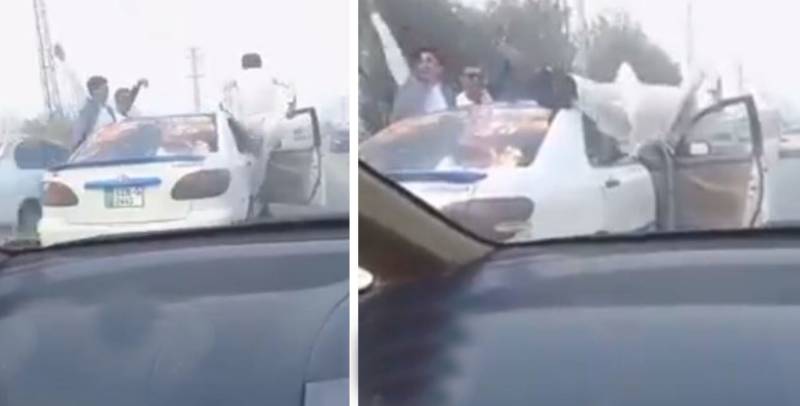 PESHAWAR – An overexcited man in Mardan has been sent behind the bars after being arrested for putting lives of others in danger.

The video of the incident went viral on the internet in which a local stuntman performing push-ups on the top of a moving saloon car by placing one of his hands on the roof and the other on the edge of the front door.

A case has been registered at Police Station Parhoti after the man posted the video on social media sites which later shared a number of times. Mardan Traffic In-charge Inspector Amjad Khan said such acts will be dealt iron handedly.

OKARA – The debalpur police on Wednesday arrested a resident named Zaman for beating, filming the offence, and ...

On the other hand, the motive behind the man’s push-ups is yet to be ascertained. Moreover, the road where he was performing push-ups was not fit for such stunts and could turn these moves into a fatal collision.

With the fast-paced technology and cross border interactions, the Internet is full of surprises as the netizens are ...