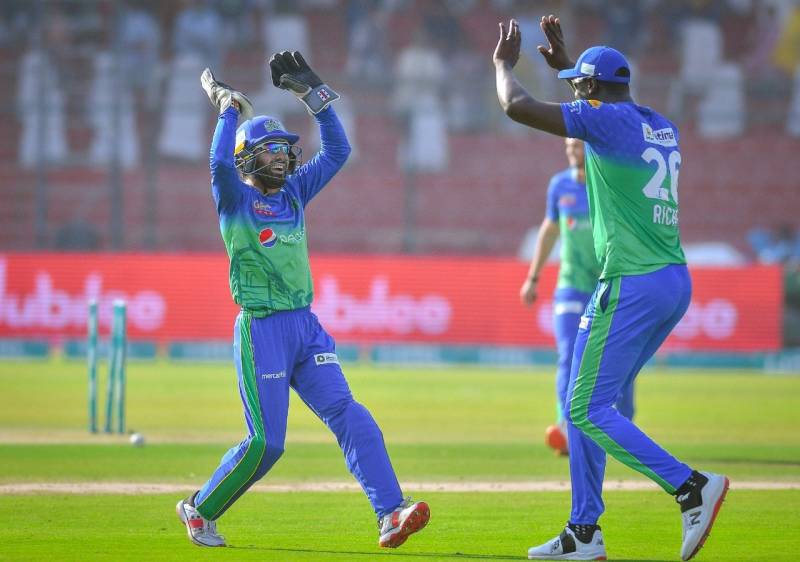 KARACHI – Multan Sultans on Friday defeated Lahore Qalandars by seven wickets in the seventh match of the Pakistan Super League (PSL) 2021 at the National Stadium.

Sultans achieved the target of 158 runs in 16.2 overs at the loss of three wickets.

Fakhar Zaman and skipper Sohail Akhtar could not help the team in the way fans were expecting. They jointly contributed only 16 runs.

Later, all-rounder Mohammad Hafeez performed well as he made 61 runs to help the team taking the target to beyond 150-mark. Denly however made 31 runs.

The Qalandars top the chart after securing victories against Peshawar Zalmi and Quetta Gladiators in their opening two fixtures.

The Multan Sultans, on the other hand, lost their first two matches of this PSL 2021.