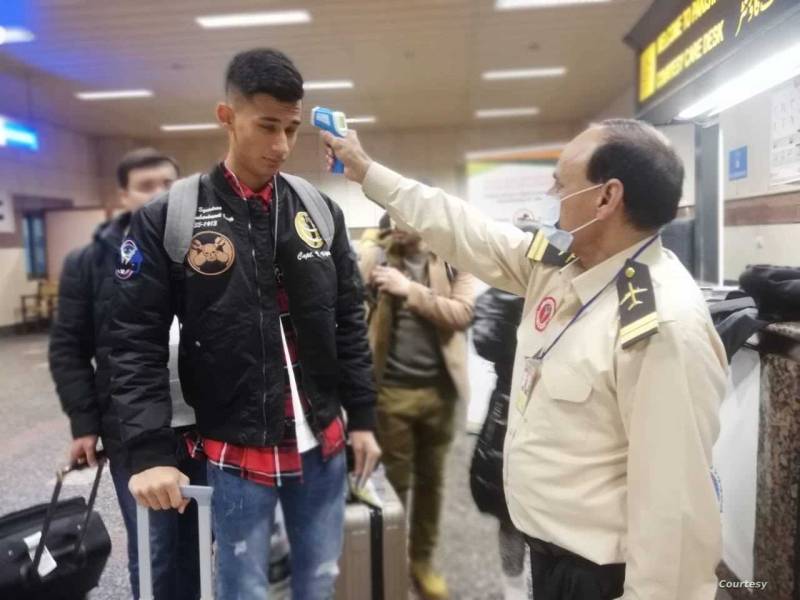 BEIJING – Pakistan's Ambassador to China Naghmana Hashmi has said that no Pakistani national residing in China has so far been affected by the coronavirus.

In a message Monday, she said Pakistan's Embassy in China is in constant touch with the local authorities and monitoring the situation.

She said the embassy is also trying its best to remain in touch with the Pakistani nationals who can contact the embassy or the consulate officials in different parts of China at any time. She said the details of the embassy officials have been shared on Pakistan's embassy website.

The Ambassador said that Chinese authorities are using all available resources to check the spread of the virus. For this purpose screening is being done at all the important places including airports and railway stations.

BEIJING - A group of Pakistani students has demanded of the Pakistan government to make efforts and rescue them from ...

Meanwhile, the overall number of people suspected to be infected by the novel coronavirus in Pakistan has risen to five.

According to reports in local media, two samples from Multan have been sent to Hong Kong for confirmation as there are no laboratories in Pakistan equipped to diagnose the pathogen.

One of the two suspected coronavirus patients in Multan is a Pakistani national.

Last Saturday, NIH chief Major General Dr Aamer Ikram said a Chinese national had been admitted to the Nishtar Hospital, Multan and kept in the isolation ward after he showed symptoms of the disease including flu, cough and fever.

Reports suggested that the Chinese national, hospitalised in Multan, travelled from China to Dubai and reached Karachi on January 21. After landing in Karachi, he took a flight to Multan.

Three Chinese nationals were also admitted to Lahore’s Services Hospital and shifted to the isolation ward over the weekend.

The suspected patients were residents of the Chinese city of Wuhan and had recently arrived in Lahore.

China has expanded drastic travel restrictions to contain the viral contagion that has killed more than 80 people and infected nearly 3,000, as the United States and France prepared to evacuate their citizens from a quarantined city at the outbreak’s epicentre.

Originating in Hubei’s capital of Wuhan, the virus has spread throughout China and around the world, with cases confirmed in around a dozen countries as distant as France, Australia and the United States.

The hard-hit province of Hubei in the country’s centre has been under lockdown in an unprecedented operation affecting tens of millions of people to slow the spread of a respiratory illness that President Xi Jinping said posed a “grave” threat.