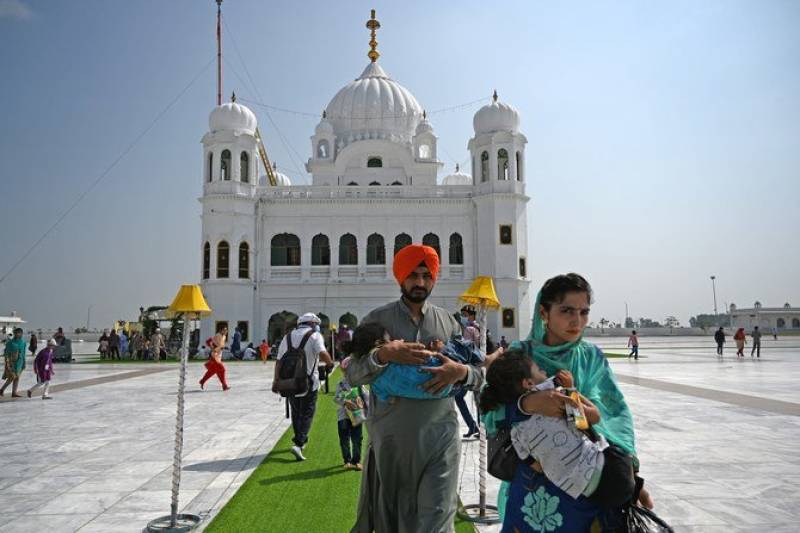 LAHORE – A delegation of Sikh pilgrims arrived at Darbar Sahib Kartarpur on Monday to perform religious rituals and pay respects to the founder of the Sikh religion Baba Guru Nanak.

Over 400 Sikh pilgrims, who arrived in Pakistan through the Wagah Border crossing, will also mark the 183rd death anniversary of Maharaja Ranjeet Singh, the first Maharaja of the Sikh Empire.

The visitors would stay overnight at Darbar Sahib Kartarpur and travel to Samadhi of Maharaja Ranjeet Singh in Lahore.

Gurdwara Parbhandak Committee chief Sardar Inderjeet Singh received the pilgrims upon their arrival at the historic corridor to one of Sikhism's holiest shrines. The corrdor allows Indian pilgrims a rare visa-free access to their religious site in Pakistan.

The Pakistani government has made special arrangements for travel, accommodation and security of the pilgrims.

LAHORE – A man was apprehended for vandalizing the statue of Sikh leader Maharaja Ranjit Singh for the third ...