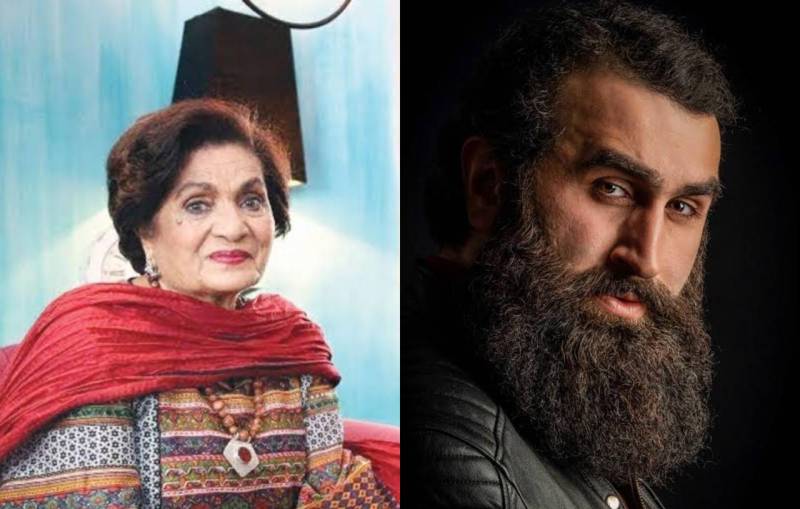 Pakistan and Turkish celebrities are becoming quite the companions – be it a happy occasion or a sad event.

Pakistani dramatist-scriptwriter Haseena Moin breathed her last on Friday. Condolences poured in from all quarters over the sad demise of the legendary dramatist and the latest to join in is the Turkish star Celal Al who played protagonist Abdul Rahman Alp in Diriliş: Ertuğrul.

The Turkish actor commented under Imran Abbas, as he prayed for the legendary icon.

“Haseena Apa! We can’t thank enough you for taking Pakistani Drama to this height, for portraying the strength of women through your masterpieces, for stashing our memory with “ankahi” feelings of love and emotions.”

Further, the Alvida star wrote, "The creator of best dramas in the history of Pakistani Drama and writer of my first serial “Haseena Moin” left us for eternity. These “tanhaiyyan” would always be there without you Apa! You deserve a never ending ovation. Inna Lillahe Wa Inna Elehe Rajeoon." 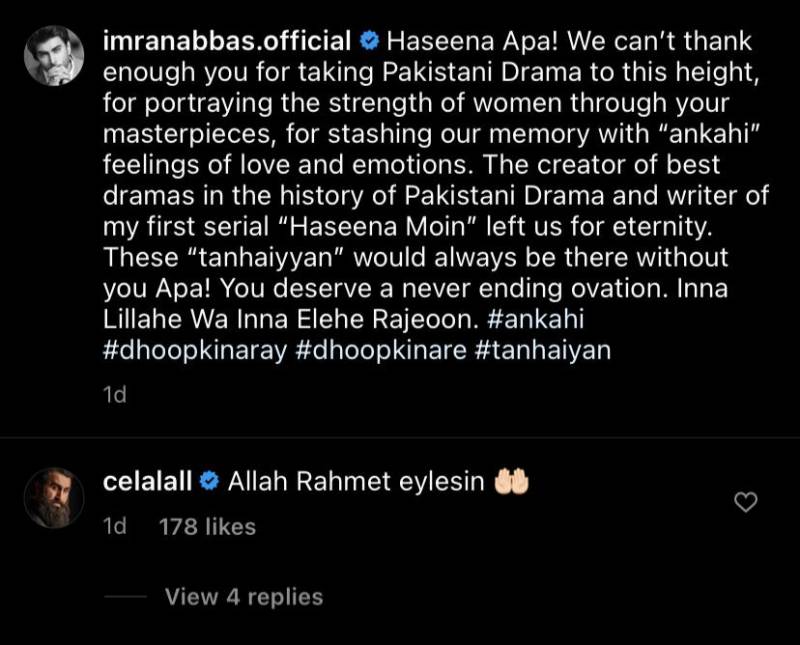 Being one of the most celebrated scriptwriters of Pakistan, Haseena Moin had several accolades under her belt.

The literary genius has many dramas under her belts like Dhoop Kinary, Ankhai, Tanhaiyan, Ahat, Ansoo and many more.

Pakistani dramatist-scriptwriter Haseena Moin breathed her last on Friday. She was 79 years old. Battling cancer for ...